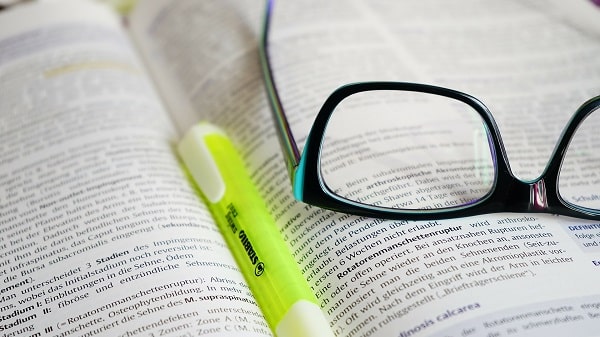 Prophecies are about things that haven’t happened yet, that God has already told us about. Some of them are signs that He gave to prophets so that they would write about them, such as in the books of Isaiah and Daniel. Some of them were told to people directly by God in the flesh, like the Lord Jesus’ prophecies about the last days. How a prophecy is actually fulfilled isn’t something that we as humans can fathom. What I want to express here is that we all know that prophecies aren’t things that people can full understand, but many people still try to rely on their own thinking and imaginations in looking at biblical prophecies. They give sermons without any restraint based on the literal meanings of prophecies. This is a really serious issue. Not only can this bring harm to others, but it can also mislead them so that they may miss out on God’s salvation or even be resistant to God.

Just as in the Age of Law, the Pharisees of the Jewish faith were very familiar with the law and were well-versed in the Bible, particularly the prophecies regarding the coming of the Messiah. The Book of Isaiah prophesies, “Therefore the Lord himself shall give you a sign; Behold, a virgin shall conceive, and bear a son, and shall call his name Immanuel” (Isaiah 7:14). “For to us a child is born, to us a son is given: and the government shall be on his shoulder: and his name shall be called Wonderful, Counselor, The mighty God, The everlasting Father, The Prince of Peace” (Isaiah 9:6). The Book of Micah prophesies, “But you, Bethlehem Ephratah, though you be little among the thousands of Judah, yet out of you shall he come forth to me that is to be ruler in Israel; whose goings forth have been from of old, from everlasting” (Micah 5:2). Yet the Pharisees still relied on their own notions and imaginings to interpret the meaning of these scriptures. They believed that the One who was coming would be called Messiah and would be their Lord, that He would be majestic, poised, and would save them from the rule of the Romans. However, the prophecies were fulfilled in ways that were entirely outside of their imaginations. It was prophesied that a virgin would give birth to a son, but the Pharisees saw that the Lord Jesus had a mother and a father. It was prophesied that He would be named Emmanuel, but the One who came was named Jesus. It was prophesied that the Messiah would take power, but not only did the Lord Jesus not lead them to overturn the Roman regime as they imagined, but actually taught them to love their enemies, to be forgiving and tolerant. The Lord Jesus also appeared to be an average person from the outside—He didn’t possess a lofty image or an extraordinary presentation…. That is why the Pharisees concluded that the Lord Jesus was not the Messiah they were waiting for. They upheld the words of the prophecies and did not humbly seek what the Lord Jesus preached. They well knew that His words contained authority but still did not accept them, instead blaspheming and slandering Him in every way, inciting the people to reject the Lord Jesus. In the end, they crucified Him, committing the most heinous of sins.

It’s clear that when looking at the prophecies we absolutely cannot delimit how they are fulfilled based on our own imaginings. Just as Peter the apostle said, “We have also a more sure word of prophecy; whereunto you do well that you take heed, as to a light that shines in a dark place, until the day dawn, and the day star arise in your hearts: Knowing this first, that no prophecy of the scripture is of any private interpretation. For the prophecy came not in old time by the will of man: but holy men of God spoke as they were moved by the Holy Ghost” (2 Peter 1:19–21). Peter’s words clarify for us that the prophecies come from God and the correct attitude toward them is that of watching, waiting, and seeking. It is not to interpret them based upon our own understanding. That way, even if a prophecy has already been fulfilled we will deny its fulfillment because we are clinging to its literal meaning. 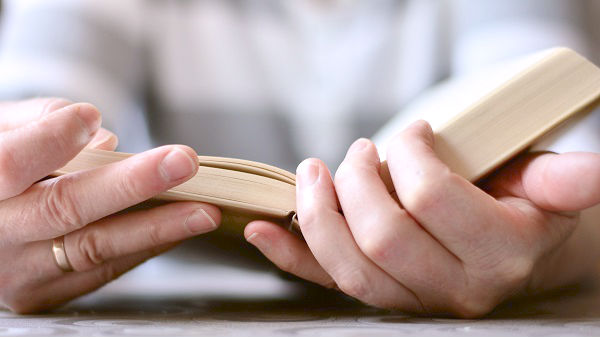 So how do we deal with biblical prophecies today? The Bible predicted, “And then shall appear the sign of the Son of man in heaven: and then shall all the tribes of the earth mourn, and they shall see the Son of man coming in the clouds of heaven with power and great glory” (Matthew 24:30). Based on this Bible verse a lot of people believe that the Lord will come down on a cloud, and if they don’t see the Lord on a cloud, they think that He hasn’t returned. They then pay no attention to the fact that the Bible also prophesied: “Behold, I come as a thief” (Revelation 16:15). “And at midnight there was a cry made, Behold, the bridegroom comes; go you out to meet him” (Matthew 25:6). Wouldn’t it then be very easy to miss the Lord’s coming? The Bible says, “O the depth of the riches both of the wisdom and knowledge of God! how unsearchable are his judgments, and his ways past finding out! For who has known the mind of the Lord? or who has been his counselor? Or who has first given to him, and it shall be recompensed to him again? For of him, and through him, and to him, are all things: to whom be glory for ever” (Romans 11:33–36). That’s right. Who among us can fathom God’s deeds? We rely on our own imaginations when looking at the prophecies of the Lord returning in the last days. We delimit His coming, and if it does not conform to our notions we refuse to accept it and even resist and condemn it. Isn’t this arrogant and irrational?

Two thousand years ago, the Lord Jesus ended the work of the Age of Law and ushered in the work of the Age of Grace, but the Jewish Pharisees would not accept it. They used the literal meaning of the prophecies and relied on their own notions and imaginings to condemn the work of the Lord Jesus, kicking off a great tragedy in history. At this critical moment of welcoming the Lord’s coming, we cannot follow in the footsteps of those Pharisees; we cannot look at the Lord’s return through our own notions and imaginings. Jehovah said, “For my thoughts are not your thoughts, neither are your ways my ways…. For as the heavens are higher than the earth, so are my ways higher than your ways, and my thoughts than your thoughts” (Isaiah 55:8–9). The Lord Jesus said, “Ask, and it shall be given you; seek, and you shall find; knock, and it shall be opened to you” (Matthew 7:7). God’s wisdom is unfathomable, and as Christians, we should maintain a heart of reverence for God regarding the prophecies of the Lord’s return. Only through seeking and prayer can we understand the true meaning of the prophecies, welcome the return of the Lord Jesus, and gain God’s salvation of the last days.

• How to Watch and Wait for the Lord’s Return to Conform With His Will?

What Is the Meaning of “a Great Sound of a Trumpet” in the Bible?

Where Is Our Refuge From the Widespread Terror Attacks?

Following the Manchester Arena bombing on May 22 which killed 22 people, another terror attack took place at London Bridge and Borough Market at around 10 P.M. Saturday. A white van veered on and off the bridge sidewalk, running over pedestrians, and then three men jumped out of the vehicle and stabbed patrons indiscriminately at […]

The Mystery of Resurrection of the Dead

Today I will fellowship the truth of resurrection from the dead with you. Let us read the Bible first. Ezekiel 37:5-6 records, “Thus said the Lord Jehovah to these bones; Behold, I will cause breath to enter into you, and you shall live: And I will lay sinews on you, and will bring up flesh […]

Each and every believer in the Lord wants to be a person after the Lord’s heart, and wants to be an overcomer, one of the 144,000 victorious male-children. Speaking of the overcomers, some brothers and sisters would say: As long as we keep the Lord’s name, labor in work for Him, and stand testimony for […]

What Does “Great Glory” in Bible Prophecy Really Refer to?

After a Bible study meeting, Pastor Huang left hurriedly, clutching the Bible under his arm. Several other co-workers and I began to talk about today’s meeting. Sister Li looked thoughtful and said: “Brothers and sisters, all these years we have been waiting to welcome the coming of the Lord. According to what the pastors say, […]