God’s name is Jehovah, just as the Old Testament records, “I, even I, am Jehovah; and beside me there is no savior” (Isaiah 43:11). “This is my name for ever, and this is my memorial to all generations” (Exodus 3:15). However, the New Testament records, “Jesus Christ the same yesterday, and to day, and for ever” (Hebrews 13:8). “Neither is there salvation in any other: for there is none other name under heaven given among men, whereby we must be saved” (Acts 4:12). From these verses, it can be seen that both Jehovah and Jesus are God’s names. God was called Jehovah in the Old Testament, but called Jesus in the New Testament. Why does God’s name change? What’s the significance of His names? Let’s explore these aspects of the truth together.

I once read a passage in a book, which gave me some understanding of the significance of the name Jehovah. The passage says, “‘Jehovah’ is the name that I took during My work in Israel, and it means the God of the Israelites (God’s chosen people) who can take pity on man, curse man, and guide the life of man. It means the God who possesses great power and is full of wisdom. … That is to say, only Jehovah is the God of the chosen people of Israel, the God of Abraham, the God of Isaac, the God of Jacob, the God of Moses, and the God of all the people of Israel. And so in the current age, all the Israelites apart from the tribe of Judah worship Jehovah. They make sacrifices to Him on the altar, and serve Him wearing priests’ robes in the temple. What they hope for is the reappearance of Jehovah. … The name Jehovah is a particular name for the people of Israel who lived under the law. In each age and each stage of work, My name is not baseless, but holds representative significance: Each name represents one age. ‘Jehovah’ represents the Age of Law, and is the honorific for the God worshiped by the people of Israel” (“The Savior Has Already Returned Upon a ‘White Cloud’”). 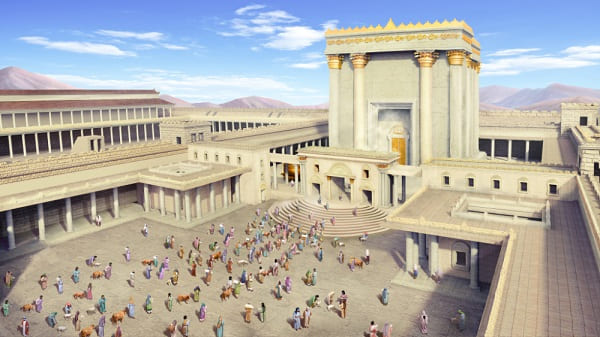 From these words, we can see that in the Age of Law, God took on the name Jehovah based on His work of issuing laws and the disposition He expressed. God began the work of the Age of Law with the name Jehovah. He promulgated laws and commandments through Moses and officially led the lives of recently-created humans on earth. He required people to strictly abide by the laws and learn to worship Him, to magnify Him. Blessings and grace would follow anyone who upheld the law; anyone who violated the law would be stoned to death or burned by heavenly fire. The name Jehovah represents what God expressed to mankind in that age: a disposition of majesty, wrath, curse and mercy. That is why the Israelites who lived under the law strictly upheld it and held the name of Jehovah as holy. They all worshiped Jehovah God, prayed to Him, praised Him, and offered sacrifices to Him on the altar. They lived under the name of Jehovah for a few thousand years, until the Age of Law ended. 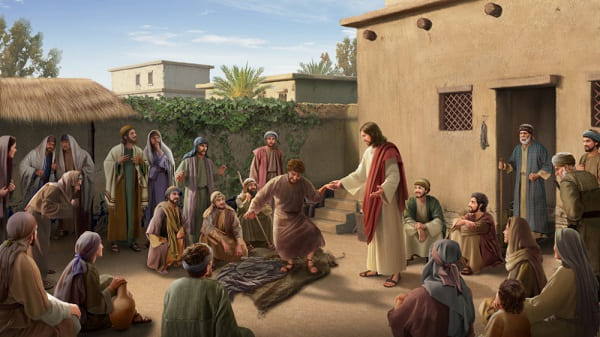 At the end of the Age of Law, because mankind became more and more corrupt and sinful, it was impossible for them to continue upholding the law. As a result, they were in constant danger of being punished for violating the law. Therefore, to save mankind, God personally incarnated on earth to do the work of redemption. He opened up the Age of Grace with the name of Jesus and ended the Age of Law, bringing mankind rich and abundant grace, expressing a disposition of mercy and love, and redeeming mankind from sin. The meaning of the name Jesus is: full of love, full of mercy, and a sin offering that can redeem mankind. So, in the Age of Grace, after we accepted the Lord Jesus’ name, we could feel the Lord’s presence, feel peace and joy in our spirits, and enjoy God’s abundant grace and blessings. So long as we prayed, confessed and repented in the name of the Lord, then our illnesses would be cured and our sins forgiven. The name Jesus is specific to the Age of Grace. It represents God’s work and the disposition He expressed in the Age of Grace.

Through looking back at the two previous stages of God’s work, we realize that God does different work in different ages according to the needs of mankind, and that the name He adopts in each age has its own particular significance—representing His work and the disposition He expresses during that age. God opens up a new age and changes the age by His name. That is to say, every time the age changes and when His work changes, God will change His name. That’s why God’s name changed in the Age of Grace. At this point, some brothers and sisters may raise this question, “Since God’s name doesn’t remain unchanged, why is it said in the Bible that ‘This is my name for ever, and this is my memorial to all generations’?”

There are some words in the book that clearly give us the answer to this question: “There are those who say that God is immutable. That is correct, but it refers to the immutability of God’s disposition and His substance. Changes in His name and work do not prove that His substance has altered; in other words, God will always be God, and this will never change.” “God’s wisdom, God’s wondrousness, God’s righteousness, and God’s majesty shall never change. His essence and what He has and is shall never change. As for His work, however, it is always progressing in a forward direction, always going deeper, for He is always new and never old. In every age God assumes a new name, in every age He does new work, and in every age He allows His creatures to see His new will and new disposition” (“The Vision of God’s Work (3)”).

These words enable us to know that the words “for ever” and “to all generations” in the Bible, mean that instead of God’s name, it is God’s disposition and substance that are unchanging. God’s names exist because of His management plan of saving mankind: God carried out His work in the Age of Law with the name Jehovah, and in the Age of Grace with the name Jesus. But no matter how the age changes and how God’s name changes, God’s essence will never change, and God will always be God, which is beyond doubt. Back in the days when the Lord Jesus was incarnated to do His work, the Pharisees stubbornly held on to the words, “Only Jehovah is God; apart from Jehovah there is no Savior,” and so they did not recognize that He was their long-awaited Messiah. Hence, not only did they not seek the truth the Lord Jesus expressed, but frantically resisted and condemned Him, and even colluded with the Roman government to crucify Him, committing a monstrous sin. As a result, they incurred the curse of God, bringing about 2000 years of destruction to Israel. Their failure is indeed worthy of our deep self-reflection. The Bible says, “Not of the letter, but of the spirit: for the letter kills, but the spirit gives life” (2 Corinthians 3:6). So, if we only understand the literal meaning of the scriptures rather than the actual meaning, always uphold the name Jehovah or the name Jesus, and don’t understand the significance of God taking a new name to change the age, we will make the same mistake as the Pharisees—confining ourselves to God’s old work, blindly condemning God’s new work, and thus missing out on God’s new work and leaving regret.

The Lord Jesus prophesied that He shall come again. Now is the last days and also the key time for welcoming the Lord’s arrival. Then will the Lord still be called Jesus when He returns? The Book of Revelation prophesies, “Him that overcomes will I make a pillar in the temple of my God, and he shall go no more out: and I will write on him the name of my God, and the name of the city of my God, which is new Jerusalem, which comes down out of heaven from my God: and I will write on him my new name” (Revelation 3:12). This verse clearly states that God will have a new name. Since it is a new name, it has certainly never been adopted before. Doesn’t this prove that God’s name will change once more and no longer be Jesus? Revelation 1:8 says, “I am Alpha and Omega, the beginning and the ending, said the Lord, which is, and which was, and which is to come, the Almighty.” And Revelation 11:16-17 says, “And the four and twenty elders, which sat before God on their seats, fell on their faces, and worshipped God, Saying, We give you thanks, O LORD God Almighty, which are, and were, and are to come; because you have taken to you your great power, and have reigned.” Aside from these verses, in Revelation there are still many other verses that mention the name “the Almighty.” According to these prophecies, it is highly likely that the Lord will be called the Almighty when He returns. When that happens, what attitude should we hold toward God’s new name and how should we welcome the Lord’s return? 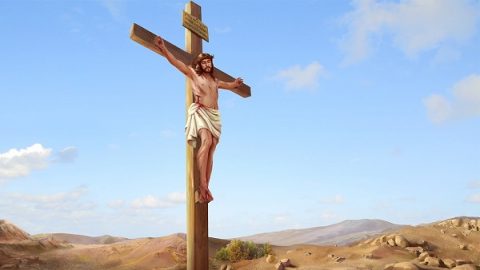 Why Did God Give the Ten Commandments? Here Are 3 Aspects of the Meaning That You Don’t Know 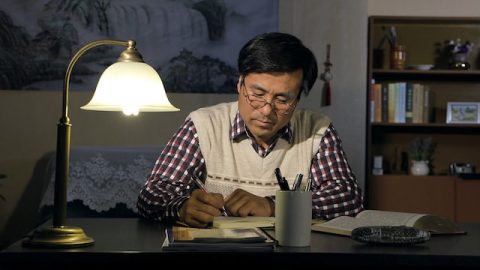 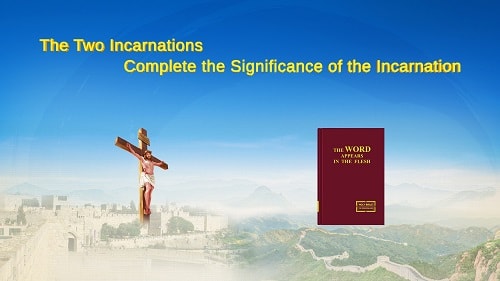 About the Way of Eternal Life (2) 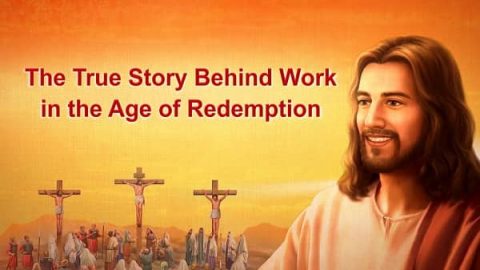 The Truth Concerning the Work in the Age of Redemption
Though Jesus, being God incarnate, was utterly without emotion, He always comforted His disciples, provided for them, helped them, and sustained them. 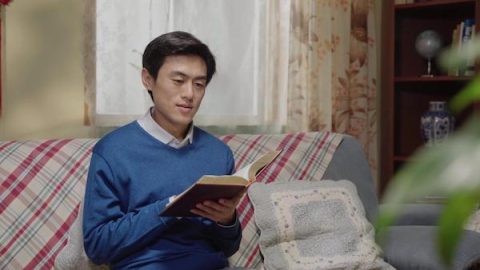 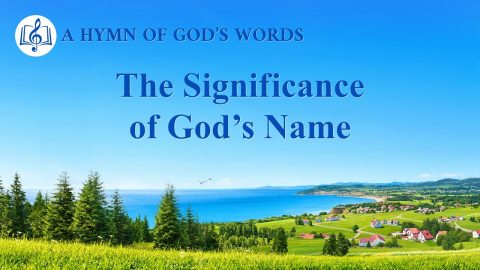 2019 English Christian Song “The Significance of God’s Name”
Lyrics: In each stage of God’s work, there’s a basis for His name. It holds special meaning, each name stands for one age.