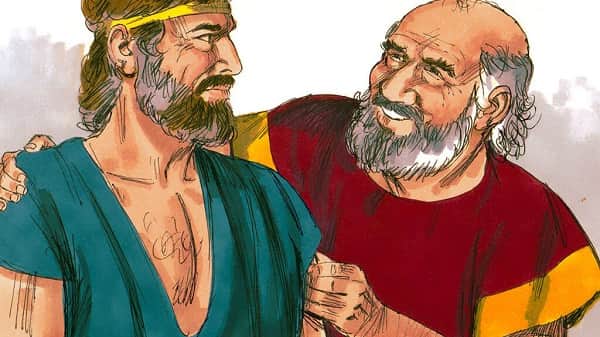 25 And it came to pass, when Rachel had born Joseph, that Jacob said to Laban, Send me away, that I may go to my own place, and to my country. 26 Give me my wives and my children, for whom I have served you, and let me go: for you know my service which I have done you. 27 And Laban said to him, I pray you, if I have found favor in your eyes, tarry: for I have learned by experience that the LORD has blessed me for your sake. 28 And he said, Appoint me your wages, and I will give it. 29 And he said to him, You know how I have served you, and how your cattle was with me. 30 For it was little which you had before I came, and it is now increased to a multitude; and the LORD has blessed you since my coming: and now when shall I provide for my own house also? 31 And he said, What shall I give you? And Jacob said, You shall not give me any thing: if you will do this thing for me, I will again feed and keep your flock. 32 I will pass through all your flock to day, removing from there all the speckled and spotted cattle, and all the brown cattle among the sheep, and the spotted and speckled among the goats: and of such shall be my hire. 33 So shall my righteousness answer for me in time to come, when it shall come for my hire before your face: every one that is not speckled and spotted among the goats, and brown among the sheep, that shall be counted stolen with me. 34 And Laban said, Behold, I would it might be according to your word. 35 And he removed that day the he goats that were ringstraked and spotted, and all the she goats that were speckled and spotted, and every one that had some white in it, and all the brown among the sheep, and gave them into the hand of his sons. 36 And he set three days’ journey between himself and Jacob: and Jacob fed the rest of Laban’s flocks.

37 And Jacob took him rods of green poplar, and of the hazel and chesnut tree; and pilled white strakes in them, and made the white appear which was in the rods. 38 And he set the rods which he had pilled before the flocks in the gutters in the watering troughs when the flocks came to drink, that they should conceive when they came to drink. 39 And the flocks conceived before the rods, and brought forth cattle ringstraked, speckled, and spotted. 40 And Jacob did separate the lambs, and set the faces of the flocks toward the ringstraked, and all the brown in the flock of Laban; and he put his own flocks by themselves, and put them not to Laban’s cattle. 41 And it came to pass, whenever the stronger cattle did conceive, that Jacob laid the rods before the eyes of the cattle in the gutters, that they might conceive among the rods. 42 But when the cattle were feeble, he put them not in: so the feebler were Laban’s, and the stronger Jacob’s. 43 And the man increased exceedingly, and had much cattle, and maidservants, and menservants, and camels, and asses. 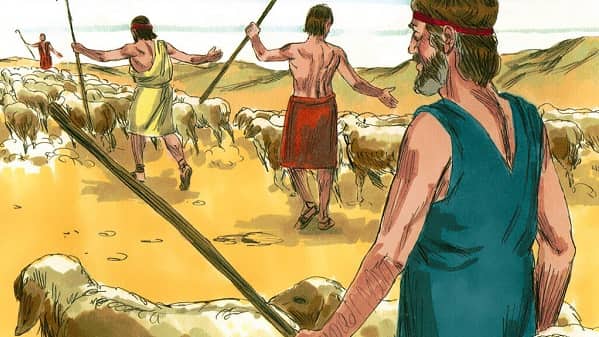 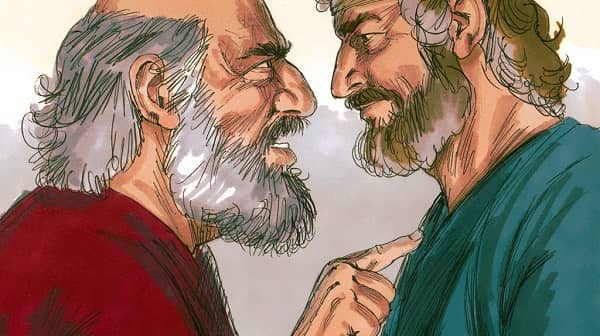 1 And he heard the words of Laban’s sons, saying, Jacob has taken away all that was our father’s; and of that which was our father’s has he gotten all this glory. 2 And Jacob beheld the countenance of Laban, and, behold, it was not toward him as before. 3 And the LORD said to Jacob, Return to the land of your fathers, and to your kindred; and I will be with you. 4 And Jacob sent and called Rachel and Leah to the field to his flock, 5 And said to them, I see your father’s countenance, that it is not toward me as before; but the God of my father has been with me. 6 And you know that with all my power I have served your father. 7 And your father has deceived me, and changed my wages ten times; but God suffered him not to hurt me. 8 If he said thus, The speckled shall be your wages; then all the cattle bore speckled: and if he said thus, The ringstraked shall be your hire; then bore all the cattle ringstraked. 9 Thus God has taken away the cattle of your father, and given them to me. 10 And it came to pass at the time that the cattle conceived, that I lifted up my eyes, and saw in a dream, and, behold, the rams which leaped on the cattle were ringstraked, speckled, and spotted. 11 And the angel of God spoke to me in a dream, saying, Jacob: And I said, Here am I. 12 And he said, Lift up now your eyes, and see, all the rams which leap on the cattle are ringstraked, speckled, and spotted: for I have seen all that Laban does to you. 13 I am the God of Bethel, where you anointed the pillar, and where you vowed a vow to me: now arise, get you out from this land, and return to the land of your kindred. 14 And Rachel and Leah answered and said to him, Is there yet any portion or inheritance for us in our father’s house? 15 Are we not counted of him strangers? for he has sold us, and has quite devoured also our money. 16 For all the riches which God has taken from our father, that is ours, and our children’s: now then, whatever God has said to you, do.

17 Then Jacob rose up, and set his sons and his wives on camels; 18 And he carried away all his cattle, and all his goods which he had gotten, the cattle of his getting, which he had gotten in Padanaram, for to go to Isaac his father in the land of Canaan. 19 And Laban went to shear his sheep: and Rachel had stolen the images that were her father’s. 20 And Jacob stole away unawares to Laban the Syrian, in that he told him not that he fled. 21 So he fled with all that he had; and he rose up, and passed over the river, and set his face toward the mount Gilead.

• Welcome to read our Bible stories collection of Bible Stories 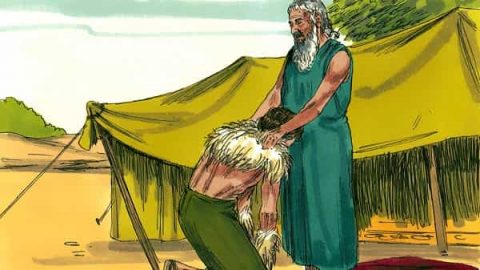 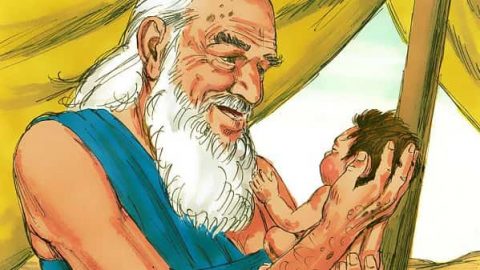 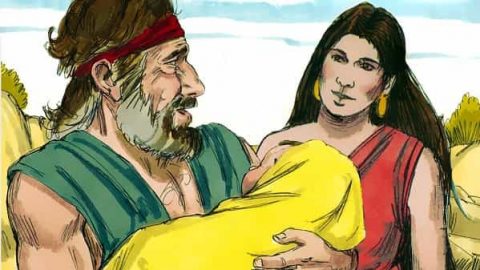 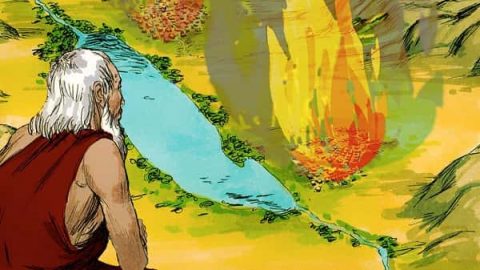 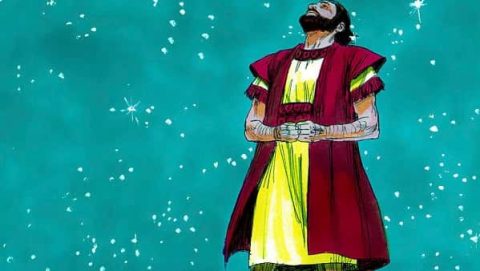 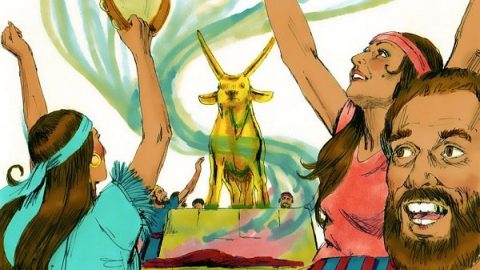 The Israelites Worship the Golden Calf
When the Israelites saw that Moses delayed to come down out of the mountain, they made a golden calf and worshiped it. 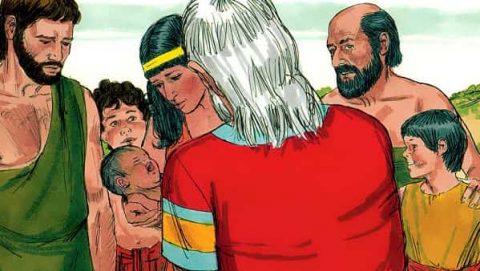