You are here:Home » The Way to Know God » The Creator’s Righteous Disposition Is Real and Vivid

Regardless of how angry God had been with the Ninevites, as soon as they declared a fast and wore sackcloth and ashes, His heart gradually softened, and He began to change His heart. When He proclaimed to them that He would destroy their city—the moment prior to their confession and repentance for their sins—God was still angry with them. Once they had gone through a series of acts of repentance, God’s anger for the people of Nineveh gradually transformed into mercy and tolerance for them. There is nothing contradictory about the coinciding revelation of these two aspects of God’s disposition in the same event. How should one understand and know this lack of contradiction? God successively expressed and revealed these two polar-opposite substances as the people of Nineveh repented, allowing people to see the realness and the unoffendableness of God’s substance. God used His attitude to tell people the following: It is not that God does not tolerate people, or He does not want to show mercy to them; it is that they rarely truly repent toward God, and it is rare that people truly turn away from their evil ways and abandon the violence in their hands. In other words, when God is angry with man, He hopes that man will be able to truly repent, and He hopes to see man’s true repentance, in which case He will then liberally continue to bestow His mercy and tolerance upon man. This is to say that man’s evil conduct incurs God’s wrath, whereas God’s mercy and tolerance are bestowed upon those who listen to God and truly repent before Him, upon those who can turn away from their evil ways and abandon the violence in their hands. God’s attitude was very clearly revealed in His treatment of the Ninevites: God’s mercy and tolerance are not at all difficult to obtain; He requires one’s true repentance. As long as people turn away from their evil ways and abandon the violence in their hands, God will change His heart and change His attitude toward them. 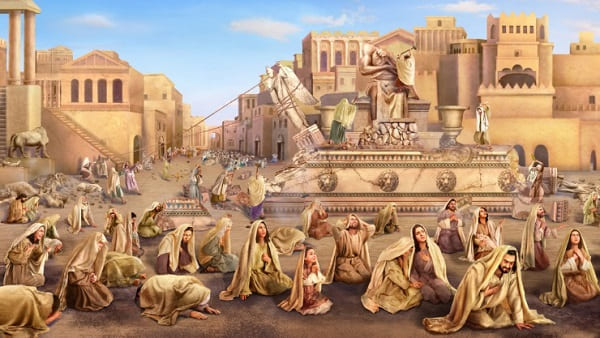 When God changed His heart for the people of Nineveh, were His mercy and tolerance a false front? Of course not! Then what does the transformation between these two aspects of God’s disposition during the same matter allow you to see? God’s disposition is a complete whole; it is not at all split. Regardless of whether He is expressing anger or mercy and tolerance toward people, these are all expressions of His righteous disposition. God’s disposition is real and vivid. He changes His thoughts and attitudes according to the development of things. The transformation of His attitude toward the Ninevites tells humanity that He has His own thoughts and ideas; He is not a robot or clay figure, but the living God Himself. He could be angry with the people of Nineveh, just as He could forgive their pasts according to their attitudes; He could decide to bring misfortune upon the Ninevites, and He could change His decision because of their repentance. People prefer to mechanically apply rules, and they prefer to use rules to establish and define God, just as they prefer using formulas to know God’s disposition. Therefore, according to the realm of human thought, God does not think, nor does He have any substantive ideas. In reality, God’s thoughts are constantly transforming according to changes in things and in environments; while these thoughts are transforming, different aspects of God’s substance will be revealed. During this process of transformation, at the moment when God changes His heart, He reveals to mankind the truth of the existence of His life, and He reveals that His righteous disposition is real and vivid. Furthermore, God uses His own true revelations to prove to mankind the truth of the existence of His wrath, His mercy, His lovingkindness and His tolerance. His substance will be revealed at any time and any place in accordance with the development of things. He possesses a lion’s wrath and a mother’s mercy and tolerance. His righteous disposition is not allowed to be questioned, violated, changed or distorted by any person. Among all matters and all things, God’s righteous disposition, that is, God’s wrath and God’s mercy, can be revealed at any time and any place. He vividly expresses these aspects in every nook and cranny of nature and vividly carries them out at every moment. God’s righteous disposition is not limited by time or space, or in other words, God’s righteous disposition is not mechanically expressed or revealed as dictated by the limits of time or space. Rather, God’s righteous disposition is freely expressed and revealed at any time and place. When you see God change His heart and cease to express His wrath and refrain from destroying the city of Nineveh, can you say that God is only merciful and loving? Can you say that God’s wrath consists of empty words? When God expresses fierce wrath and retracts His mercy, can you say that He feels no true love toward humanity? God expresses fierce wrath in response to people’s evil acts; His wrath is not flawed. God’s heart is moved by people’s repentance, and it is this repentance that thus changes His heart. His being moved, His change of heart as well as His mercy and tolerance toward man are utterly without flaw; they are clean, pure, unblemished and unadulterated. God’s tolerance is purely tolerance; His mercy is purely mercy. His disposition will reveal wrath, as well as mercy and tolerance, in accordance with man’s repentance and his different conduct. No matter what He reveals and expresses, it is all pure; it is all direct; its substance is distinct from that of anything in creation. The principles of actions that God expresses, His thoughts and ideas or any particular decision, as well as any single action, are free of any flaws or blemishes. As God has decided, so will He act, and in this manner He completes His undertakings. These kinds of results are precise and faultless because their source is flawless and unblemished. God’s wrath is flawless. Likewise, God’s mercy and tolerance, which are possessed by no creation, are holy and flawless, and they can stand up to deliberation and experience.

from “God Himself, the Unique II” 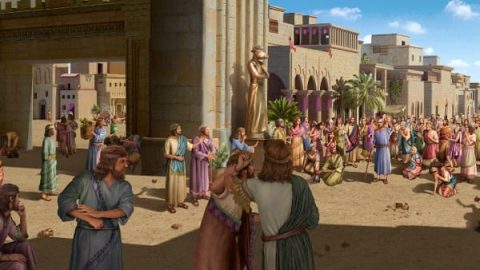 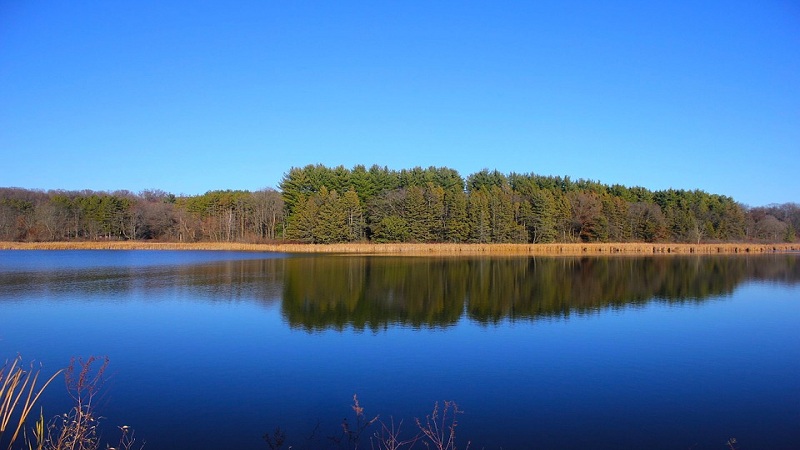 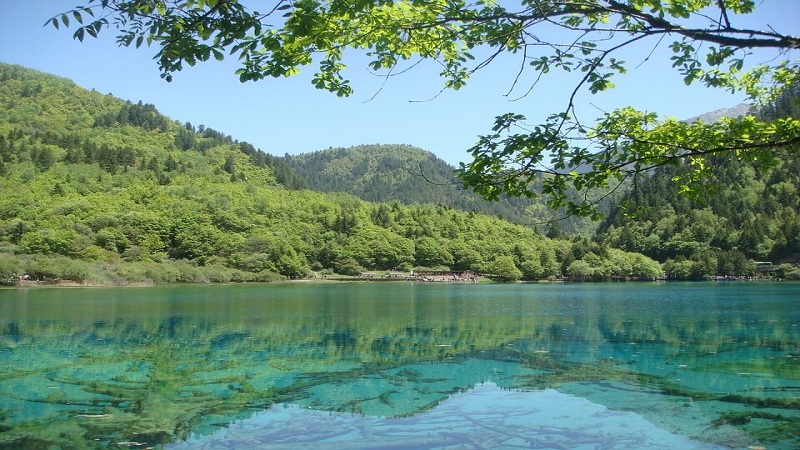 Under the Authority of the Creator, All Things Are Perfect 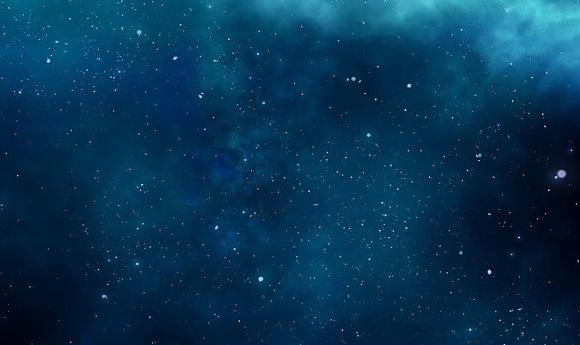 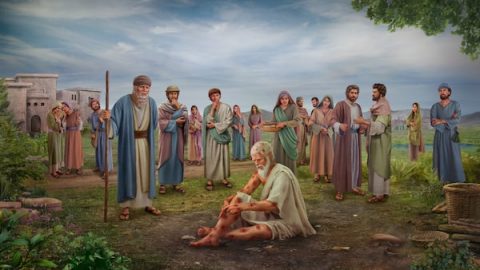 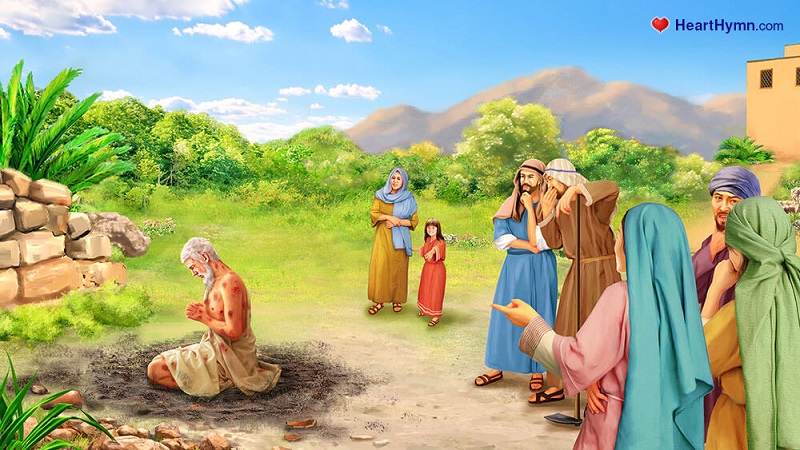