Mat 18:12–14 How think you? if a man have an hundred sheep, and one of them be gone astray, does he not leave the ninety and nine, and goes into the mountains, and seeks that which is gone astray? And if so be that he find it, truly I say to you, he rejoices more of that sheep, than of the ninety and nine which went not astray. Even so it is not the will of your Father which is in heaven, that one of these little ones should perish. 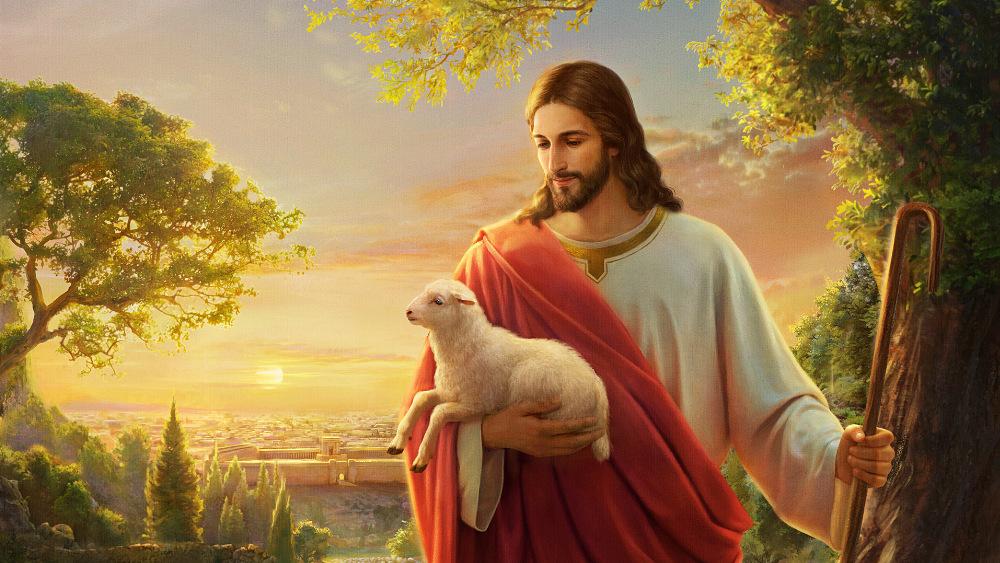 This passage is a parable—what kind of feeling does it give to people? The way of expression—the parable—used here is a figure of speech in human language, and as such it belongs within the scope of human knowledge. If God had said something similar in the Age of Law, people would have felt that such words were not truly consistent with who God was, but when the Son of man delivered these words in the Age of Grace, it felt comforting, warm, and intimate to people. When God became flesh, when He appeared in the form of a man, He used a very appropriate parable that came from His own humanity, in order to express the voice of His heart. This voice represented God’s own voice and the work He wanted to do in that age. It also represented an attitude that God had toward people in the Age of Grace. Looking from the perspective of God’s attitude toward people, He compared each person to a sheep. If a sheep was lost, He would do whatever it took to find it. This represented a principle of God’s work at that time among mankind, when He was in the flesh. God used this parable to describe His resolve and attitude in that work. This was the advantage of God becoming flesh: He could take advantage of mankind’s knowledge and use human language to speak to people, and to express His will. He explained or “translated” to man His profound, divine language that people struggled to understand in human language, in a human way. This helped people understand His will and know what He wanted to do. He could also have conversations with people from the human perspective, using human language, and communicate with people in a way they understood. He could even speak and work using human language and knowledge so that people could feel God’s kindness and closeness, so that they could see His heart. What do you see in this? Is there any prohibition in God’s words and actions? The way people see it, there is no way that God could use human knowledge, language, or ways of speaking to talk about what God Himself wanted to say, the work He wanted to do, or to express His own will. But this is erroneous thinking. God used this type of parable so that people could feel the realness and the sincerity of God, and see His attitude toward people during that time period. This parable awakened people who had been living under the law for a long time from a dream, and it also inspired generation after generation of people who lived in the Age of Grace. By reading the passage of this parable, people know God’s sincerity in saving mankind and understand the weight and importance accorded to mankind in God’s heart.

Let us take a look at the last sentence in this passage: “Even so it is not the will of your Father which is in heaven, that one of these little ones should perish.” Was this the Lord Jesus’ own words, or the words of the Father in heaven? On the surface, it looks like it is the Lord Jesus who is speaking, but His will represents the will of God Himself, which is why He said: “Even so it is not the will of your Father which is in heaven, that one of these little ones should perish.” People at that time only acknowledged the Father in heaven as God, and believed that this person whom they saw in front of their eyes was merely sent by Him, and could not represent the Father in heaven. That is why the Lord Jesus had to add this sentence to the end of this parable, so that people could really feel God’s will for mankind and feel the authenticity and the accuracy of what He said. Even though this sentence was a simple thing to say, it was spoken with care and love and revealed the Lord Jesus’ humility and hiddenness. No matter whether God became flesh or whether He worked in the spiritual realm, He knew the human heart best, and best understood what people needed, knew what people worried about, and what confused them, and that is why He added this sentence. This sentence highlighted a problem hidden in mankind: People were skeptical of what the Son of man said, which is to say, when the Lord Jesus was speaking He had to add: “Even so it is not the will of your Father which is in heaven, that one of these little ones should perish,” and only on this premise could His words bear fruit, to make people believe their accuracy and improve their credibility. This shows that when God became a regular Son of man, God and mankind had a very uneasy relationship, and that the Son of man’s situation was very embarrassing. It also shows how insignificant the Lord Jesus’ status among humans was at that time. When He said this, it was actually to tell people: You can rest assured—these words do not represent what is in My own heart, but they are the will of the God who is in your hearts. For mankind, was this not an ironic thing? Even though God working in the flesh had many advantages that He did not have in His person, He had to withstand their doubts and rejection as well as their numbness and dullness. It could be said that the process of the work of the Son of man was the process of experiencing mankind’s rejection and experiencing their competing against Him. More than that, it was the process of working to continuously win mankind’s trust and to conquer mankind through what He has and is, through His own essence. It was not so much that God incarnate was waging an on-the-ground war against Satan; it was more that God became an ordinary man and began a struggle with those who follow Him, and in this struggle the Son of man completed His work with His humility, with what He has and is, and with His love and wisdom. He obtained the people He wanted, won the identity and status He deserved, and “returned” to His throne.

Excerpted from “God’s Work, God’s Disposition, and God Himself III” in The Word Appears in the Flesh

Jesus’ Rebuke to the Pharisees

Gen 9:11–13 And I will establish My covenant with you, neither shall all flesh be cut off any more by the waters of a flood; neither shall there any more be a flood to destroy the earth. And God said, This is the token of the covenant which I make between Me and you and […]

After a person has passed through childhood and adolescence and gradually and inevitably reaches maturity, the next step is for them to part completely from their youth, say goodbye to their parents, and face the road ahead as an independent adult. At this point, they must confront all the people, events, and things that an […]

Gen 9:1–6 And God blessed Noah and his sons, and said to them, Be fruitful, and multiply, and replenish the earth. And the fear of you and the dread of you shall be on every beast of the earth, and on every fowl of the air, on all that moves on the earth, and on […]

Gen 18:26 And Jehovah said, If I find in Sodom fifty righteous within the city, then I will spare all the place for their sakes. Gen 18:29 And he spoke to Him yet again, and said, Peradventure there shall be forty found there. And He said, I will not do it. Gen 18:30 And he […]