As is known to us believers, the Lord Jesus carried out a stage of work of redemption for mankind. The pastors and elders often preach that we are saved as long as we acknowledge the Lord Jesus with our mouth and believe in Him in our hearts. Just as the Bible says, “That if you shall confess with your mouth the Lord Jesus, and shall believe in your heart that God has raised him from the dead, you shall be saved. For with the heart man believes to righteousness; and with the mouth confession is made to salvation” (Romans 10:9–10). So, they believe as long as we acknowledge the Lord’s name, confess and repent to the Lord, we are saved. And once we are saved, we are eternally saved. However, recently I’ve heard some brothers and sisters who had went out to listen to sermons say that believing in the Lord Jesus only means receiving His redemption and having one’s sins pardoned, but not truly attaining salvation. As for what true salvation is, our church’s brothers and sisters often discuss it, but we haven’t got a certain answer. And I still don’t understand it. So I wonder how you understand it. Looking forward to your reply!

Peace be with you! Thank the Lord! The question you raise is very crucial. It’s fair to say, understanding the truth of salvation is related to the important issue of whether or not we can receive salvation and enter the heavenly kingdom. May the Lord lead our fellowship today.

The true meaning of the salvation in the Age of Law

First, let’s see what the Old Testament says about salvation. “Whoever shall call on the name of Jehovah shall be delivered” (Joel 2:32). “Hold you me up, and I shall be safe: and I will have respect to your statutes continually” (Psalms 119:117). These verses show us that, being saved in the Age of Law results from calling on Jehovah God’s name and following the laws and commandments issued by God. Joining the work God did in the Age of Law and the result achieved by it, we can better understand the real meaning of the salvation in that age. As is known to us, in the beginning when Adam and Eve lived in the Garden of Eden, the earth was full of harmony, without corruption or conflict. And under God’s care and protection they lived happily. However, since they defied God’s command and ate of the tree of the knowledge of good and evil, man became sinful. After Adam and Eve were driven from the Garden of Eden, the earth began to be filled with violence. For example, Cain killed his brother Abel because of jealousy, yet he didn’t know he had committed sin. Afterward, mankind became more and more corrupted and slaughtered each other, to the point that their evil and immorality reached the peak. So, God destroyed them with a flood. Only Noah’s family of eight was graced before Jehovah God and survived, for Noah obeyed and worshiped God, and man continued to exist and develop forward. Afterward, in the time of Lot, because man became too evil, corrupt and licentious in nature, worshiped idols and evil spirits, and committed murder, robbery and theft, God destroyed the sinful cities of Sodom and Gomorrah by the fire from heaven, and saved only Lot and his two daughters. If mankind continued like this, they would be destroyed by God again and return to nothingness. 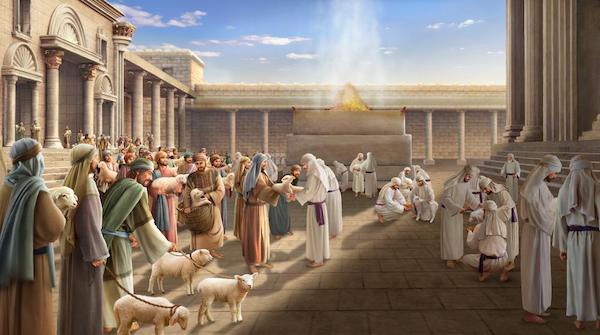 The true meaning of the salvation in the Age of Grace

At the end of the Age of Law, people became more and more deeply corrupted by Satan and lived in sin, so they gradually failed to abide by the laws. Thus, although people knew Jehovah God’s requirements for making sacrifices, due to them violating the laws so much and requiring pure sacrifices, they eventually ran out of pure sacrifices and resorted to making improper sacrifices to God to atone for their sins, such as blind and lame offerings. As a result, they faced the danger of being punished and sentenced to death due to violating the laws. So, according to the needs of corrupt mankind, God personally became flesh to do His work. That is, our Savior Lord Jesus came to earth to do the work of redemption—serving as man’s sin offering and thereby forgiving man’s sins, saving man from under the law and relieving man from the condemnation of the law. Only then could man be eligible to pray before God, fellowship with Him, enjoy the bountiful grace and truth given by the Lord, and no longer be condemned to death by the law because of sinning. This is the true meaning of the salvation in the Age of Grace. That is to say, this is the true meaning of these words recorded in the Bible, “That if you shall confess with your mouth the Lord Jesus, and shall believe in your heart that God has raised him from the dead, you shall be saved” (Romans 10:9).

Many Christian brothers and sisters all think that as long as we believe in the Lord Jesus, we are saved, and that once we’re saved, we’re eternally saved, and that when the Lord returns, we’ll be directly raptured into the heavenly kingdom and feast with the Lord. It’s a fact that as long as we confess and repent through our faith in the Lord Jesus, our sins will be pardoned. Yet the Lord Jesus only absolved man’s sins, instead of man’s sinful nature and satanic disposition. So, man is still possessed of satanic nature and lives in the vicious cycle of sinning and confessing, unable to cast off the bondage and control of sinful nature or escape from Satan’s domain. For example, we often lie and deceive God; we still live by Satan’s life philosophies such as “Everyone for himself and the devil take the hindmost”; we take advantage of each other; for fame, status and personal benefit, we compete against and slaughter each other; we are selfish, arrogant and deceitful, completely losing the conscience and reason of normal humanity; when encountering natural and manmade disasters, persecutions, and tribulations, we misunderstand, blame and even betray God; though having believed in the Lord for years, we still cherish intentions to be blessed; while working and expending ourselves, we engage in transactions with God; we labor for crowns and the blessings of heaven. Because we cannot keep the Lord’s commandments, practice His words, or have a heart that fears God, we all live in sin and feel unbearable pain. Just as the Bible records, “For I know that in me (that is, in my flesh,) dwells no good thing: for to will is present with me; but how to perform that which is good I find not” (Romans 7:18). From this, we can see that in believing in the Lord we only have our sins absolved, but our sinful nature hasn’t changed and so we still unknowingly commit sins. Can people like us be called the ones who obtain salvation? The Lord Jesus said, “Truly, truly, I say to you, Whoever commits sin is the servant of sin. And the servant stays not in the house for ever: but the Son stays ever” (John 8:34–35). Based on the Lord’s words, as we still constantly commit sins, that means we are servants of sin. If the root of our sin isn’t resolved, we won’t attain true salvation.

What does true salvation refer to? 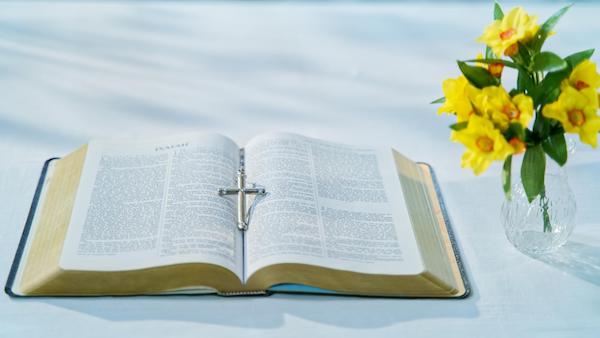 Let’s take a look at the standard for man’s entry into the kingdom of heaven. Revelation prophesied, “And in their mouth was found no guile: for they are without fault before the throne of God” (Revelation 14:5). This tells us that those who will finally enter God’s kingdom are the honest people who have been cleansed from their sins. However, we still lie, engage in deception, and often commit sins. So, how can we be saved forever because of being saved once? How can we enter God’s kingdom in the future? Then, how can we gain salvation? What does true salvation refer to?

The Bible says, “Who are kept by the power of God through faith to salvation ready to be revealed in the last time” (1 Peter 1:5). “For the time is come that judgment must begin at the house of God” (1 Peter 4:17). The Lord Jesus prophesied, “I have yet many things to say to you, but you cannot bear them now. However, when he, the Spirit of truth, is come, he will guide you into all truth” (John 16:12–13). These verses tell us that, although we have been saved by grace, we still need to accept the salvation to be revealed in the last days. That is, in the last days, the Lord will return to express all the truths mankind needs in order to be cleansed and saved, and do the judgment work beginning from the house of God to completely resolve man’s satanic disposition, so that man can cast off sin to attain full salvation and finally be gained by God. Only then will we no longer believe in God to barter with God or for the sake of receiving His blessings and grace. Instead, we’ll believe to fulfill our duty as created beings to worship God, and for the sake of obtaining truth and life. At that time, our viewpoints, outlook on life and values will be compatible with God, and we’ll obtain transformation in our life disposition, and will thus become those who obey, revere and love God. Only then will we be people who are truly saved. Just as Revelation says, “Blessed are they that do his commandments, that they may have right to the tree of life, and may enter in through the gates into the city” (Revelation 22:14). So, only by experiencing God’s judgment and purification of the last days, casting off Satan’s dark influence, having our life disposition cleansed and changed, breaking away from the controls and restrictions of our corrupt satanic disposition, and becoming those who practice the truth, obey and revere God and no longer sin or resist God, can we be truly saved. Only then can we be qualified to enter God’s kingdom, and obtain God’s promise and blessings.

All the above is some communication about true salvation. I hope it can help you. If you have some questions, please write to us and then we can communicate and seek the truth together for the resolution. May God bless you!

Read more on our Bible Study Topics page about Salvation and Full Salvation, or in the recommended articles below. 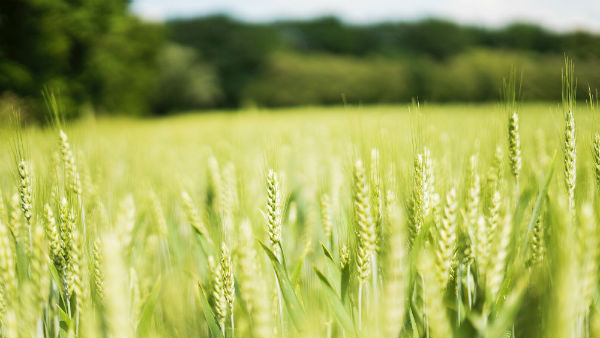 Does Being Forgiven Our Sins Mean We Are Saved? 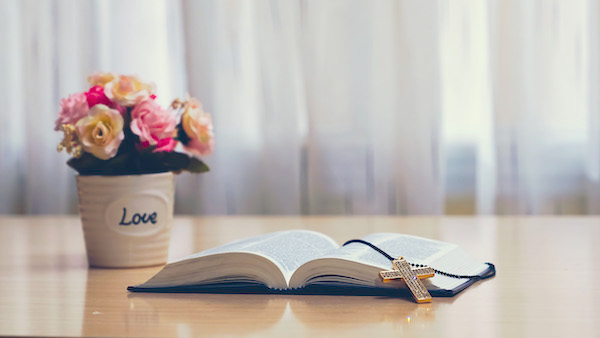 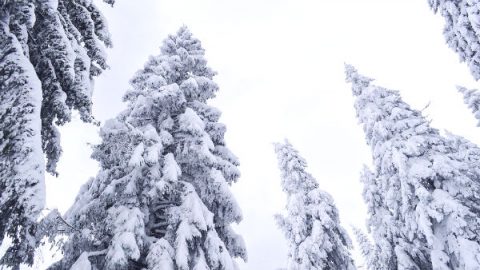 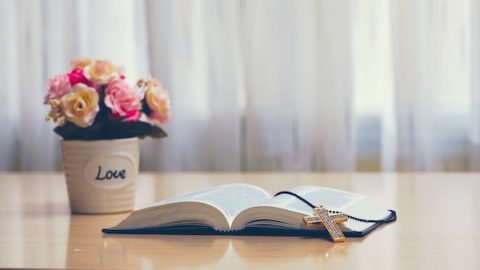 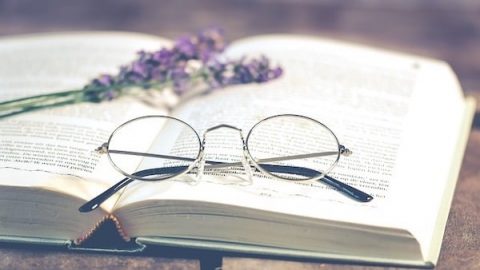 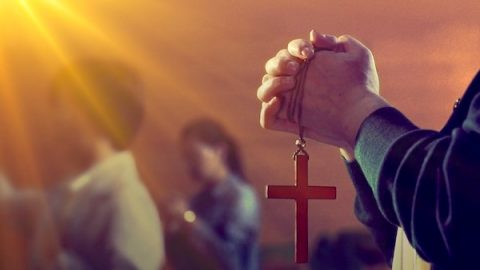 Q&A About Being Saved And Full Salvation (7)
Question 7 If we reject Almighty God’s work of judgment, can we become someone who does the heavenly Father’s will and enter the kingdom of heaven? An… 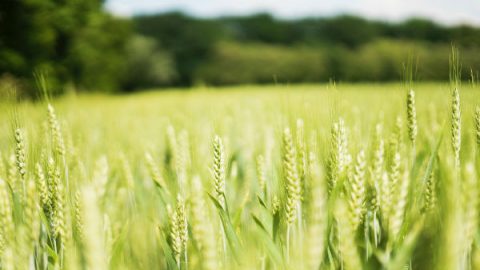 Q&A About Being Saved And Full Salvation (9)
Question 9 If we accept Almighty God, will we enter the kingdom of heaven? Answer: To answer this, Almighty God’s words make it clear. Let’s first loo…