As we all know, the Jews were God’s chosen people, Israel was the birthplace of God’s work, the Old Testament predicted that the Messiah would lead the lives of the Israelites, and thus the Jews had eagerly yearned for the coming of the Messiah. But why was it that when the Messiah—the Lord Jesus—truly came to work, they didn’t accept Him, but opposed Him and even crucified Him? This is what we will talk about today. May the Lord guide us. 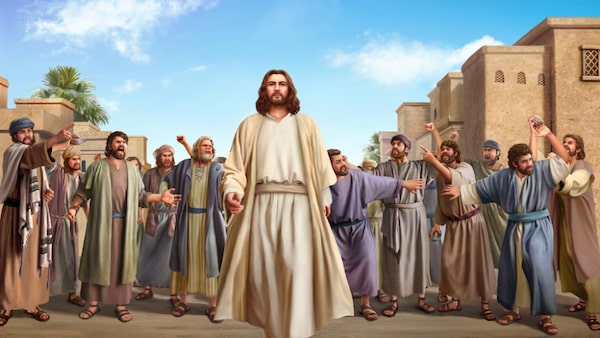 The first reason was that the Jews relied on their imaginings and notions to understand the prophecies and delimit God’s work.

It is recorded in chapter 9, verses 6–7 in the Book of Isaiah, “For to us a child is born, to us a son is given: and the government shall be on His shoulder: and His name shall be called Wonderful, Counselor, The mighty God, The everlasting Father, The Prince of Peace. Of the increase of His government and peace there shall be no end, on the throne of David, and on His kingdom, to order it, and to establish it with judgment and with justice from now on even for ever. The zeal of Jehovah of hosts will perform this.”

The Jews’ imaginations ran wild based on this prophecy. They believed that since the Messiah would come to power, He must be born in a palace, He must be majestic, with the countenance of a king, and He would lead them to overturn the Roman regime. However, not only was the Lord Jesus not born in a royal palace, but He actually was born in a manger. Not only did He not behave in a kingly way as they imagined, but He appeared to be a very common and ordinary man. Not only did He not lead them to overturn the Roman regime, but He actually taught them to be forgiving and tolerant, to love their enemies, and to forgive others seventy times seven times. The image and the work of the Lord Jesus completely overturned the Jews’ imaginings of the Messiah in their minds. In addition, in the Book of Isaiah, chapter 7, verse 14, it says: “Therefore the Lord Himself shall give you a sign; Behold, a virgin shall conceive, and bear a son, and shall call his name Immanuel.” In light of this prophecy, the Jews believed that the virgin who would give birth to the Messiah must be an unmarried woman. So when they saw that Mary had a husband, they thought, “How could it be possible that ‘a virgin shall conceive, and bear a son’ is fulfilled on Mary?” Accordingly, they concluded that the Lord Jesus couldn’t possibly be the prophesied Messiah based on their own notions and imaginings. This was why they refused to accept the Lord Jesus’ words and work, and why they ultimately crucified Him, committing the most heinous of sins.

The second reason was that, the Jews looked up to the chief priests, scribes, and Pharisees—outwardly, they believed in God, but in substance, they followed man.

The Pharisees, chief priests, and scribes were all the leaders of the religious world that held authority, and had prestige and position; they appeared pious, were well-versed in the scriptures, were very familiar with the law, and served God in the temple for generations. The Jews worshiped power and status, so they thought that, since the chief priests, scribes and the Pharisees had believed in God and read the scriptures for many years, they must be able to recognize the Messiah when He came, and thereby following them would not be wrong. Thus when the blind and ignorant Pharisees relied on their own imagination and notions to deny that the Lord Jesus was the Messiah and even to condemn and blaspheme the Lord Jesus; the Jews followed them and did the same. Just as when the Pharisees said that the Lord Jesus cast out devils through Beelzebub, chief of the devils, the Jews thought that their condemnations couldn’t possibly be wrong, and thus followed them to condemn the Lord Jesus. Even when the chief priests intended to nail the Lord Jesus to the cross, the Jews still blindly followed along with them. It’s just as John 19:6–7 records, “When the chief priests therefore and officers saw Him, they cried out, saying, Crucify Him, crucify Him. Pilate said to them, Take you Him, and crucify Him: for I find no fault in Him. The Jews answered him, We have a law, and by our law He ought to die, because He made Himself the Son of God.” The Jews did not apply their discernment to what the chief priests said. When the chief priests said that Jesus should be crucified, the Jews chimed in and used the law to convict Him, following the chief priests in resisting God. And they even made the vow that the sin would be on them and their descendants, with the result that their offspring fled to countries around the world and many were killed.

God said: “My people are destroyed for lack of knowledge” (Hosea 4:6). “But in vain they do worship Me, teaching for doctrines the commandments of men” (Matthew 15:9). The Jews didn’t understand the truth, nor did they seek the truth or examine whether the Lord Jesus’ work was from God and whether His words were beneficial to people. They just blindly followed and worshiped the Pharisees and the chief priests, such that they nailed the Lord Jesus to the cross. As a result, they met with God’s curses and punishment.

The Warning to Us

What warning does the failure of the Jews give us? We all know that we are already in the last days, that the prophecies of the Lord’s return have been fulfilled, and that it is time for the Lord to return. According to the prophecies in the Book of Revelation, God has a lot of work to do in the last days, such as opening the scroll and seven seals, expressing the Holy Spirit’s words to all churches, and making a group of overcomers. But only a little about these works is mentioned in the Book of Revelation, and how God accomplishes these works is not recorded in detail. Under these circumstances, when the work of the returned God in the last days seems at odds with our notions and imaginings, we must not compare the literal meaning of the prophecies in the Bible with what God does, or rely on our notions and imaginings to delimit His work, or refuse to seek and study His work, and even less can we blindly obey man or follow man, like the Jewish people. But instead, we should be wise virgins who long for and seek the truth, examine God’s new work in the last days and see whether it really is from God. Only in this way will we have the chance to welcome the Lord and gain His salvation in the last days.

The Lord Jesus said: “My sheep hear My voice, and I know them, and they follow Me” (John 10:27). “Ask, and it shall be given you; seek, and you shall find; knock, and it shall be opened to you: For every one that asks receives; and he that seeks finds; and to him that knocks it shall be opened” (Matthew 7:7–8). I believe that when the Lord Jesus returns to perform His work in the last days, as long as we seek the truth and focus on hearing His voice, we will attain His salvation. Amen! 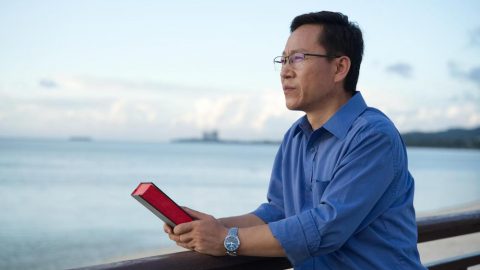 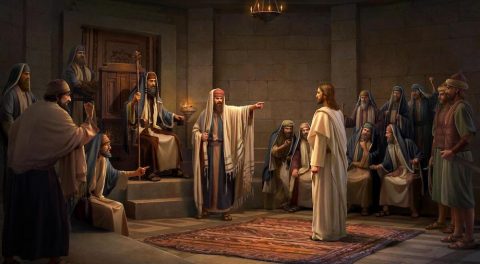 Why Did the Pharisees Oppose the Lord Jesus?

How to Welcome the Lord’s Return? Listen to the Utterances of the Holy Spirit
Show more

Tags: Beware of the Leaven of the Pharisees
Previous

What Does “All Scripture Is Given by Inspiration of God” Refer To?

Read to learn about the devious course of her reunion with God. After 11 years, she finally recognized the Lord’s voice and accepted God’s salvation.

There are still the Pharisees in the church today. Can you discern them? Her experience will help you learn how to discern modern Pharisees and follow God’s footsteps. Please read it!

Doctrine of the Pharisees will cause us to stray from the Lord’s way, so how is it manifested today? How should we discern it?

Why did Jews not believe in Jesus, but follow the Pharisees in resisting the Lord Jesus? There are two primary reasons.