Every brother and sister in the Lord who knows the Scriptures very well is familiar with Job’s trials. In Scripture it is written about him, “There was a man in the land of Uz, whose name was Job; and that man was perfect and upright, and one that feared God, and eschewed evil” (Job 1:1). Then, on account of two accusations against Job Satan made before God, Jehovah said to Satan, “Behold, all that he has is in your power; only on himself put not forth your hand” (Job 1:12); “Behold, he is in your hand; but save his life” (Job 2:6). Then, trials came upon Job. In the trials of losing his property and children, as well as the trial of sore boils all over his body, his faith in God and reverence for Him were not shaken. What’s more, he still praised God and said, “Jehovah gave, and Jehovah has taken away; blessed be the name of Jehovah” (Job 1:21) and “shall we receive good at the hand of God, and shall we not receive evil?” (Job 2:10). Ultimately, Job’s reverence for Jehovah God gained God’s approval and blessing, becoming an exemplar for later generations to emulate. Every time I read Job’s stories, I have great admiration for his perfect and upright humanity, and even more envy his reverence for God amid Satan’s malicious temptations and attacks. Nevertheless, what made me confused is: Since Job was so perfect and upright, and adored by people so much, why did God allow Satan to afflict him and subject him to such great trials? 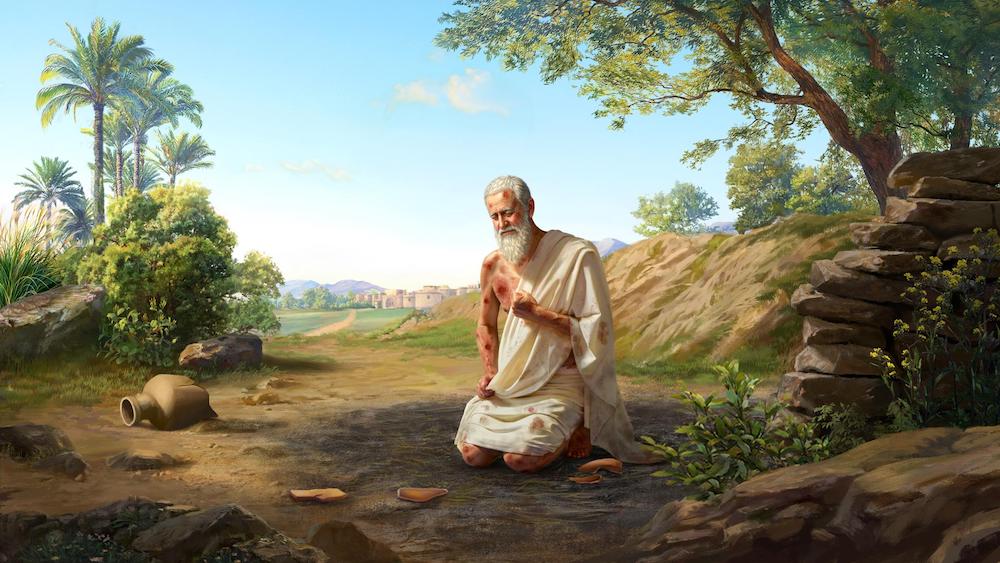 Later, I read the following passage, “Everything that God does is necessary and possessed of extraordinary significance, for all that He does in man concerns His management and the salvation of mankind. Naturally, the work that God did in Job is no different, even though Job was perfect and upright in the eyes of God. In other words, regardless of what God does or the means by which He does it, regardless of the cost, regardless of His objective, the purpose of His actions does not change. His purpose is to work God’s words into man, as well as God’s requirements and will for man; in other words, it is to work into man all that God believes to be positive in accordance with His steps, enabling man to understand God’s heart and comprehend God’s essence, and allowing man to obey God’s sovereignty and arrangements, thus allowing man to attain fear of God and shunning of evil—all of this is one aspect of God’s purpose in all He does.”

After reading this passage, I understand God’s trials of Job were mainly to make his faith perfect. Anyone who has read the Scriptures knows that although Job had great faith in Jehovah God before his trials, he said that he had heard of Him by the hearing of the ear. Later, after seeing Jehovah God’s appearance, he said his eyes saw Him. This is the effect God’s work has achieved through allowing him to undergo trials, which is to say, through God’s consignment of him to Satan, and then through God’s salvation.

I continued to read, “The other aspect is that, because Satan is the foil and service object in God’s work, man is often given to Satan; this is the means God uses to allow people to see in Satan’s temptations and attacks the wickedness, ugliness, and contemptibility of Satan, thus causing people to hate Satan and be able to know and recognize that which is negative. This process allows them to gradually free themselves from Satan’s control and accusations, interference, and attacks—until, thanks to God’s words, their knowledge and obedience of God, and their faith in God and fear of Him, they triumph over the attacks and accusations of Satan; only then will they have been completely delivered from the domain of Satan. People’s deliverance means that Satan has been defeated, it means that they are no longer the food in Satan’s mouth—instead of swallowing them, Satan has relinquished them. This is because such people are upright, because they have faith, obedience, and fear toward God, and because they completely break with Satan. They bring shame upon Satan, they make a coward of Satan, and they utterly defeat Satan. Their conviction in following God, and obedience to and fear of God defeat Satan, and make Satan completely give them up. Only people such as this have truly been gained by God, and it is this which is God’s ultimate objective in saving man. If they wish to be saved, and wish to be completely gained by God, then all those who follow God must face temptations and attacks both great and small from Satan. Those who emerge from these temptations and attacks and are able to fully defeat Satan are those who have been saved by God. … Such people are not bound, spied upon, accused, or abused by Satan; they are completely free, they have been completely liberated and released. Job was just such a man of freedom, and this is precisely the significance of why God had handed him over to Satan.”

Satan is the serving object in God’s work. Through handing us over to Satan, through a means of trials, God allows us to have discernment and knowledge of the wickedness and ugliness of Satan. Regardless of how Satan accuses, tempts and attacks us, as long as we live by the truth and God’s words, thanks to our knowledge and obedience of God and our faith in God and fear of Him, we will triumph over the interference and attacks of Satan, no longer be deceived or controlled by Satan and bear testimony to God. As such, we will be those who triumph over Satan, namely, those who escape from the influence of Satan. And Satan will be put to shame and defeated. Finally, only when we are able to follow the way of God and are capable of fearing God and shunning evil can we be saved by God completely. And then we can worship the Creator in a free and released way like Job and live in the light of God’s countenance.

Through these words, I see Job’s trials are of great significance and I understand what God has done is His love and salvation for us. For example, although Job endured some suffering in his trials at that time, he harvested a phenomenal wealth of life, getting an understanding and sense of God’s concern and care for man and becoming the person who gained God’s praise. Nowadays, I recall the trials we encounter in our daily life: Although they are small, such as suffering illness, losses of property or misunderstanding of our family and friends who do not believe in God, as well as enduring some setbacks and failures in our life, we often misunderstand God’s will and even complain about Him at that time because of having no understanding of the meaning of God’s trials. However, if we understand the meaning of His trials and what effect He would like to achieve through His trials, we will know these agonizing trials are precisely the path on which every Christian has to travel to do battle with Satan and to be saved. What we shall do is to stand up to face all agonizing trials bravely, to do battle with Satan by God’s words and to defeat Satan through our faith in and obedience to Him. In this way, ultimately, we can become a person who fears God and shuns evil like Job, being saved by Him and gaining His approval and blessing.

Do you know what God’s will is behind the test and how to face the test? Read to learn more.

God approved Job because he never complained against God in trials, but did God approve him when he cursed the day of his own birth in pain?

What Is Job’s Greatest Blessing From God? Not Just Wealth