Many Christians are hoping for the Lord Jesus to descend on a cloud and take them up into the kingdom of heaven. When studying the Bible carefully, we can find there are many prophecies about the Lord’s descent. For example, “Be you therefore ready also: for the Son of man comes at an hour when you think not” (Luke 12:40). “For as the lightning, that lightens out of the one part under heaven, shines to the other part under heaven; so shall also the Son of man be in his day. But first must he suffer many things, and be rejected of this generation” (Luke 17:24-25). These prophecies mention “the Son of man comes” or “the coming of the Son of man”, so what exactly is meant by “the coming of the Son of man”? In what way will the Lord Jesus make His return? 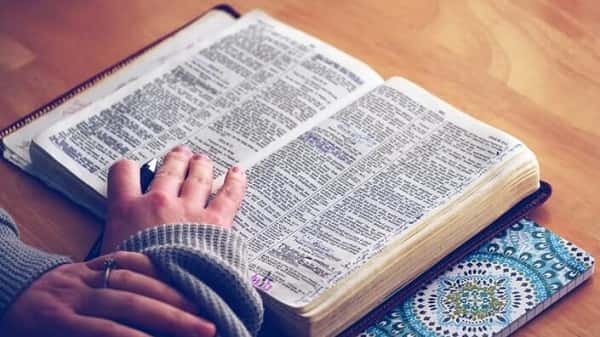 Some people say if the Lord has truly come as the incarnation, then how come many passages of the Bible say that He will come with clouds for all to see? How do you explain this? In the Bible there are several prophecies which state that the Lord will come upon clouds with His power and great glory. This is true. But, there are even more passages in the Bible that prophesy that the Lord will come secretly. For instance: “I come as a thief” (Revelation 16:15). “… for in such an hour as you think not the Son of man comes” (Matthew 24:44). “But of that day and hour knows no man, no, not the angels of heaven, but my Father only” (Matthew 24:36). As we see, there are two ways in which the Lord returns: one way is in secret, the other is out in the open. That is, the Lord is incarnated in the last days and descends in a hidden way to do the work of judging, purifying, and saving man. Only after a group of overcomers have been made and the work of God’s secret descent among man is complete, at which time the calamities will visit upon earth and God will punish the wicked while rewarding the good, appearing openly before all the nations of earth. At this time, the prophecies of the Lord’s public descent on earth will be fulfilled, just as is said in the Bible: “And then shall appear the sign of the Son of man in heaven: and then shall all the tribes of the earth mourn, and they shall see the Son of man coming in the clouds of heaven with power and great glory” (Matthew 24:30). “Behold, he comes with clouds; and every eye shall see him, and they also which pierced him: and all kindreds of the earth shall wail because of him” (Revelation 1:7). When man sees the Lord appearing to all of humanity in public atop clouds, in theory they should be overjoyed, and yet here it says “all kindreds of the earth shall wail.” Why is this? This is because when God finally appears in public, the salvation work of God’s incarnation during His secret descent among man will already be complete and God will have started His work of rewarding the good and punishing the evil. At this time, all those that rejected God’s secret work will have completely lost the chance to be saved. Those that pierced Him, which is to say, those that resisted and condemned Christ of the last days, how could they not beat their breasts in despair, wail and grind their teeth, knowing that the One they resisted and condemned is the second coming of the Lord Jesus? So that’s how the scene of “all kindreds of the earth shall wail” will appear.

The work done by God’s incarnation in the last days during His secret descent among man is a crucial stage of work in God’s perfection of man. In God’s six-thousand-year management plan, this work represents an extremely rare opportunity for God to perfect man. All those that accept God’s secret work and are perfected have received God’s special grace and are the most blessed.

» You might be interested in: Will the Lord Jesus Come as a Thief or Come Upon a Cloud?

Fallacy: The CCP government claims Almighty God whom the believers of the Eastern Lightning believe in, also called Practical God, is an ordinary pers…