In Scripture, it is written about the Lord Jesus’ resurrection: “In the end of the sabbath, as it began to dawn toward the first day of the week, came Mary Magdalene and the other Mary to see the sepulcher. And, behold, there was a great earthquake: for the angel of the Lord descended from heaven, and came and rolled back the stone from the door, and sat on it. His countenance was like lightning, and his raiment white as snow: And for fear of him the keepers did shake, and became as dead men. And the angel answered and said to the women, Fear not you: for I know that you seek Jesus, which was crucified. He is not here: for he is risen, as he said. Come, see the place where the Lord lay. And go quickly, and tell his disciples that he is risen from the dead; and, behold, he goes before you into Galilee; there shall you see him: see, I have told you. And they departed quickly from the sepulcher with fear and great joy; and did run to bring his disciples word. And as they went to tell his disciples, behold, Jesus met them, saying, All hail. And they came and held him by the feet, and worshipped him. … Then the eleven disciples went away into Galilee, into a mountain where Jesus had appointed them. And when they saw him, they worshipped him: but some doubted. And Jesus came and spoke to them, saying, All power is given to me in heaven and in earth” (Matthew 28:1-9, 16-18). These verses record the facts of the Lord Jesus’ resurrection and appearance three days after His crucifixion. It is because He was crucified and redeemed mankind that mankind is no longer condemned by the law and freed from the bondage of the decrees and regulations. Thanks be to the Lord! His resurrection is very important to every one of our brothers and sisters in Him, for it is through His resurrection that we are made certain that He is God Himself and is the One that we should truly trust. The Bible says, “And if Christ be not raised, your faith is vain; you are yet in your sins” (1 Corinthians 15:17). Without the Lord Jesus’ resurrection, even if we have faith in Him, we would not be saved. Without His redemption, we sinners would still be bound by the law. Just because of His resurrection, we have a hope of salvation.

1. The Meanings of the Lord Jesus’ Resurrection and Appearance 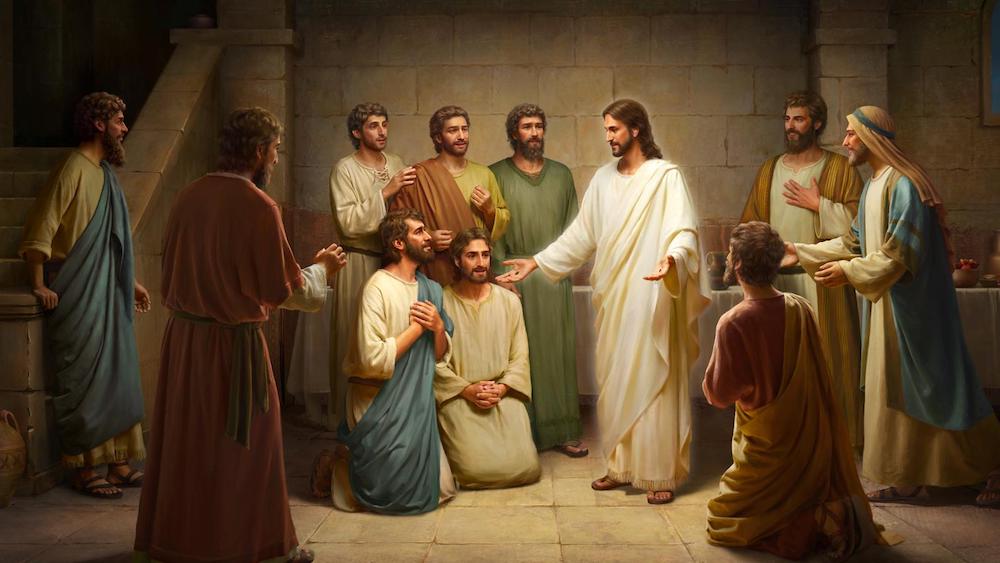 2. Reflections on the Lord Jesus’ Words to Thomas After His Resurrection 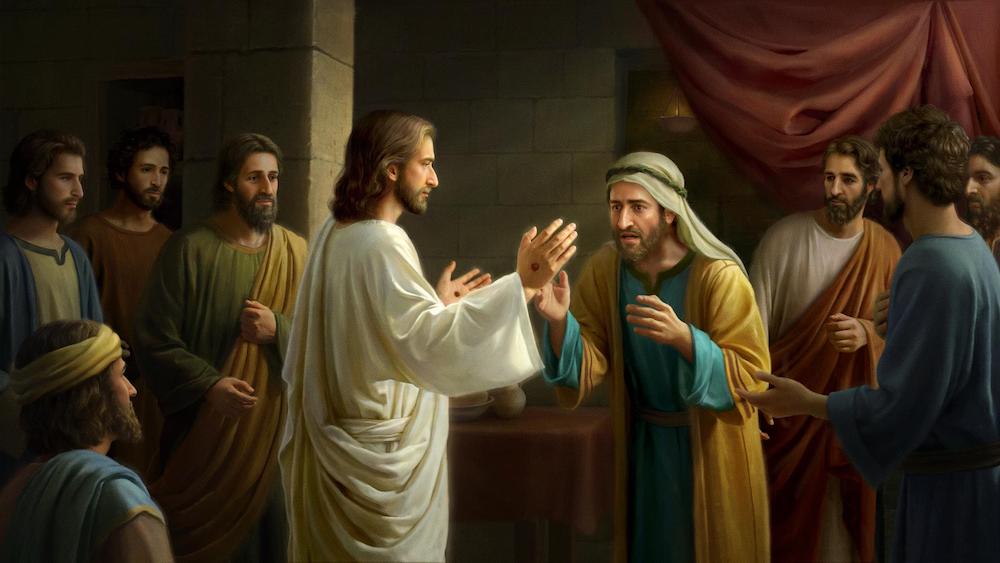 The Bible records, “And after eight days again his disciples were within, and Thomas with them: then came Jesus, the doors being shut, and stood in the middle, and said, Peace be to you. Then said he to Thomas, Reach here your finger, and behold my hands; and reach here your hand, and thrust it into my side: and be not faithless, but believing. And Thomas answered and said to him, My LORD and my God. Jesus said to him, Thomas, because you have seen me, you have believed: blessed are they that have not seen, and yet have believed” (John 20:26-29). In the past when I read these verses, I only knew that the Lord Jesus loves us very much and sympathizes with our weakness. He knew Thomas’ inner doubt, so He appeared to him to dispel his doubt. But I didn’t understand more of the Lord’s intentions in doing that and speaking those words. My heart lightened immediately when I read the following words.

The words in the book say, “What the Lord Jesus said to Thomas was also very clearly His way of telling every person: The resurrected Lord Jesus is the Lord Jesus, who spent thirty-three and a half years working among mankind. Although He had been nailed to the cross and experienced the valley of the shadow of death, and though He had experienced resurrection, He had undergone no change in any aspect. Although He now had nail marks on His body, and although He had been resurrected and walked out from the grave, His disposition, His understanding of mankind, and His intentions toward mankind had not changed in the slightest. Also, He was telling people that He had come down from the cross, triumphed over sin, overcome hardships, and triumphed over death. The nail marks were just the evidence of His victory over Satan, evidence of being a sin offering to successfully redeem all of mankind. He was telling people that He had already taken on mankind’s sins and that He had completed His work of redemption. When He returned to see His disciples, He told them this message by means of His appearance: ‘I am still alive, I still exist; today I am truly standing in front of you so that you can see and touch Me. I will always be with you.’ The Lord Jesus also wanted to use the case of Thomas as a warning for future people: Although you can neither see nor touch the Lord Jesus in your faith in Him, you are blessed because of your true faith, and you can see the Lord Jesus because of your true faith, and this kind of person is blessed.” From these words we can see that the Lord Jesus’ words to Thomas contained God’s intentions. Although the Lord Jesus experienced resurrection, through His words to Thomas, we can see that He was still the Lord Jesus who used to live alongside His disciples day and night, that He is the God who observes the depths of man’s heart, that He is the almighty God, and that He knew the thoughts and minds of everyone. Before the Lord Jesus was nailed onto the cross, He had known that Thomas did not believe that He is Christ. After the resurrection, He still knew it. So, He specially appeared to Thomas and had him touch His nail marks, making him believe that He is Christ, the incarnated God, so as to remove his doubt about Him and let him see that He was truly resurrected. The Lord Jesus’ resurrection and appearance, this powerful evidence allowed all believers in Him to see such facts: He is the glorious God Himself, He has triumphed over death and Satan, and Christ is with great authority and might. Moreover, the Lord Jesus’ words to Thomas sent us a message: When we believe in God, we shouldn’t be like Thomas, only believing what we can see with our own eyes. The most crucial thing for us, followers of God, is to have true faith in Him, which directly concerns whether we can be approved by God and enter the kingdom of heaven. We will be blessed because of our true faith in God. However, if we always measure God’s appearance and work based on what we see with our own eyes, rather than know God from His words, we will make the same mistake as Thomas. At this point, I cannot help but think of the Lord’s disciple Peter, who could recognize that the Lord is Christ, the Son of the living God. It was because during the time when he was in the company of the Lord, he saw much of what God has and is in the Lord from His word and work that he realized that the Lord is the incarnated God, Christ.

The Lord said that He would come again. Then, will we be able to know Him when He returns today, in the last days? On what basis shall we know Him? Revelation 2:7 says, “He that has an ear, let him hear what the Spirit says to the churches.” Does it prophesy that the Lord will utter His words when He comes again? To welcome the Lord’s second coming, shall we be wise virgins and heed His voice? Thanks be to the Lord! May the Lord show mercy to us and open our spiritual eyes so that we can welcome His return by our true faith! Amen!