Explore the Trinity: Is Jesus the Son of Jehovah? 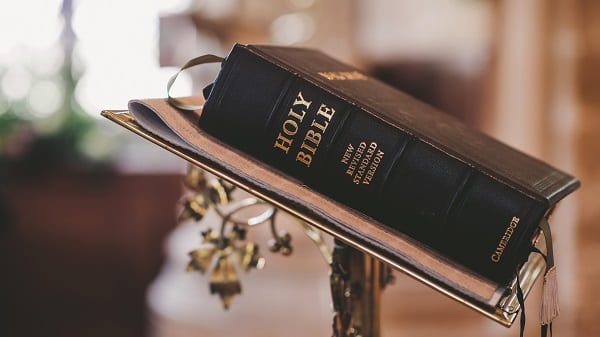 The Origin of the Trinity

For two thousand years, the entire religious community has believed that God is triune. For the Bible records, “And it came to pass in those days, that Jesus came from Nazareth of Galilee, and was baptized of John in Jordan. And straightway coming up out of the water, he saw the heavens opened, and the Spirit like a dove descending on him: And there came a voice from heaven, saying, You are my beloved Son, in whom I am well pleased” (Mark 1:9-11). “And Jesus came and spoke to them, saying, All power is given to me in heaven and in earth. Go you therefore, and teach all nations, baptizing them in the name of the Father, and of the Son, and of the Holy Ghost” (Matthew 28:18-19). “And he went a little farther, and fell on his face, and prayed, saying, O my Father, if it be possible, let this cup pass from me: nevertheless not as I will, but as you will”(Matthew 26:39). Therefore, we naturally believe God is triune and consists of the Holy Father, the Holy Son, and the Holy Spirit. They have different Persons and exist in one being. Thus, God is the only true Triune God. However, have we ever thought about such questions? Since God is the only one true God, how can He be called the Trinity? Since there is only one God, why is He called triune? The Holy Father is God, the Holy Son is God, and the Holy Spirit is also God. In this case, are there three Gods or only one God? None can explain this clearly over two thousand years, and this is an unsolved mystery.

Does the Triune God Exist?

Brothers and sisters, let’s search the Bible. In Genesis 1:2, it is recorded: “the Spirit of God moved on the face of the waters.” It doesn’t record that the Spirit of the Trinity moved on the face of the waters. When conveying God’s words, the prophets said “Thus said Jehovah”；never did they say that thus said the triune God. And Deuteronomy 6:4 says, “Hear, O Israel: Jehovah our God is one LORD.” During the Old Testament age, Jehovah God never said God is triune, but said God is the one God. Jehovah God said, “Before Me there was no God formed, neither shall there be after Me. I, even I, am Jehovah; and beside Me there is no savior. I have declared, and have saved, and I have showed, when there was no strange god among you. … before the day was I am He” (Isaiah 43:10–13). In the Age of Grace, the Lord Jesus also never said God is triune. Mark 12:29 says, “And Jesus answered him, The first of all the commandments is, Hear, O Israel; The Lord our God is one Lord.” Since both Jehovah God and the Lord Jesus never said that God is triune and God also doesn’t acknowledge that He is triune, then does the triune God come from our imagination? For it is recorded that after Jesus was baptized, the Holy Spirit descended on Him like a dove. “And there came a voice from heaven, saying, You are My beloved Son, in whom I am well pleased” (Mark 1:11). Then many people consider Jehovah to be the Lord Jesus’ Father. For Jesus prayed to God the Father in the Garden of Gethsemane, they think Jesus to be the Son of Jehovah. For the Lord Jesus taught us to baptize people in the name of the Holy Father, and of the Holy Son, and of the Holy Spirit, we naturally consider God to be triune. Are these accordant with God’s words? Did the Lord Jesus agree? Did Jehovah God acknowledge these? We all believe that the Lord Jesus is Jehovah God’s only Son, but the Lord didn’t acknowledge that. It is recorded in the Bible, “Philip said to Him, Lord, show us the Father, and it suffices us. Jesus said to him, Have I been so long time with you, and yet have you not known Me, Philip? he that has seen Me has seen the Father; and how say you then, Show us the Father? Believe you not that I am in the Father, and the Father in Me? the words that I speak to you I speak not of Myself: but the Father that dwells in Me, He does the works” (John 14:8–10). Philip regarded the Lord Jesus and the God in heaven as two Gods. He thought that there was God the Father in heaven besides Jesus, so he could say such things. It can be seen that Philip didn’t know the substance of the Lord. He didn’t know the Lord is God's Spirit clothed in the flesh and came among us humans, so the Lord corrected his mistake and told him, “I am in the Father, and the Father in Me.” “I and My Father are one.” “he that has seen Me has seen the Father.” According to what we say, God is triune, then why did the Lord say these words? Why did He say one who had seen Him had seen the Father? The substance of God in heaven is Spirit. The Lord Jesus is the incarnate Christ. He was conceived by the Holy Spirit and His substance is also Spirit. Both the work of the Old Testament age and the work of the New Testament age were done by the Holy Spirit. According to what we say, there are three Spirits, then how can God be called only one? Such a saying goes against both Jehovah God’s words and the Lord Jesus’ words. Only the words of Jehovah God and the words of the Lord Jesus are the truth. How can man’s saying accord with the truth? It goes without saying, the Trinity doesn’t exist at all and is completely the product of our own imagination. For the Lord Jesus didn’t acknowledge that and Jehovah God also never said that. Jehovah God only said, “You are My beloved Son, in whom I am well pleased.” The “beloved Son” was the name that the Holy Spirit called the Son on earth. In this way, God gave testimony to Himself. Because people of that time didn’t know that the Lord Jesus was the incarnate God Himself and couldn’t bear testimony to Him, the Christ on earth must be testified by the Holy Spirit, the purpose of which was to help us know, trust and follow Christ, but not to tell us that Jesus was Jehovah God’s Son.

We may still remember the Lord's Prayer that the Lord Jesus taught us to memorize: “After this manner therefore pray you: Our Father which are in heaven, Hallowed be Your name. Your kingdom come, Your will be done in earth, as it is in heaven. Give us this day our daily bread. And forgive us our debts, as we forgive our debtors. And lead us not into temptation, but deliver us from evil: For Yours is the kingdom, and the power, and the glory, for ever. Amen” (Matthew 6:9–13). In the Lord Jesus’ prayer, He called God in heaven Father from the perspective of a created being. That was because God’s Spirit had put on an ordinary flesh and had the outer shell of a created being. He had a normal humanity and a complete divinity, but outwardly He was still a normal man. The reason why the Lord taught us like this was because He was incarnated as the Son of man and called God in heaven Father from the perspective of humankind. Just as we call God Father in our prayers, but it doesn’t prove that we are God’s sons. So, the Trinity doesn’t exist at all. It is the product of our imagination and is not in accord with the truth. Therefore, since we believe in God, we must learn to put aside our conceptions and imaginations and seek the truth. In this way, we can gain God’s approval.

What Did the Lord Jesus Mean by “I and My Father Are One”?

Why Didn't Jesus Choose to Take a Lofty Image?

Many Christians believe the Crucifixion of Jesus means the work of salvation has already been done because Jesus Christ said “It is finished” on the cross. Is this really the fact?

The mystery of the trinity has always perplexed the whole religious world. This article will reveal the root and the truth of the trinity and lead you to know the only one true God.