What Is the True Christianity?

There are so many churches nowadays, so which one is the true Christian church? This question is a quandary for many Christians. Let’s fellowship about this question today.

In order to understand what constitutes true Christianity, we must first know the origin of Christianity. The genesis of Christianity is closely related to the work of the Lord Jesus. Two thousand years ago, in light of mankind’s need, God personally incarnated as the Son of man and named Himself as Jesus, beginning the Age of Grace and preaching the gospel of the kingdom of heaven to man. 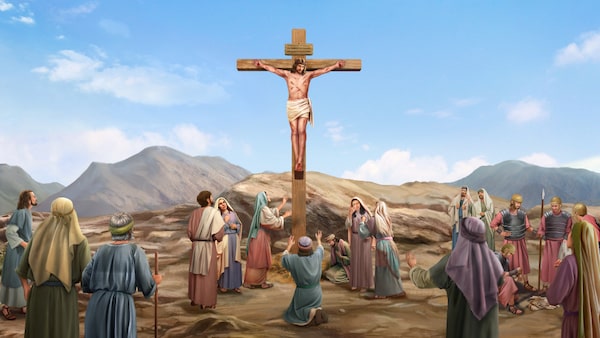 True Christianity is ruled by Christ, the Holy Spirit; the truth wields power. The followers of Christ all magnify Christ, don’t worship or follow any man. They read God’s new words, experience God’s new work, walk the path of fearing God and shunning evil. Such a church has the work of the Holy Spirit and is the real Christian church. For example, in the Age of Grace, when the Lord Jesus concluded the old age and brought new work, Peter, Nathanael, John and other disciples all followed God’s footsteps, received the watering and sustenance of God, and obtained the work of the Holy Spirit. They were led by God as the shepherd, and they were those who attended gatherings in a true church. Whereas the Pharisees who refused to follow God’s footsteps held onto the outdated words of the Bible and refused to make any further progress. They were bereft of the work of the Holy Spirit and even resisted God’s new work. The assembly of them could be only called religious groups, not Christianity that followed Christ.

Now we have understood what Christianity is. Maybe someone is wondering whether The Church of Almighty God is a part of Christianity since it is becoming more and more prosperous and many people from every denomination have turned to Almighty God.

Is The Church of Almighty God a part of Christianity?

In order to figure this out, let’s first determine whether Almighty God is the return of the Lord Jesus. Two thousand years ago, the Lord Jesus promised that He would return. Now is the last days, disasters are occurring frequently, and the state of the world is in turmoil. The prophecies of the Lord Jesus’ return have basically been fulfilled. It stands to reason that the Lord has already returned. The Lord Jesus had prophesied, “For as the lightning comes out of the east, and shines even to the west; so shall also the coming of the Son of man be” (Matthew 24:27). “Be you therefore ready also: for the Son of man comes at an hour when you think not” (Luke 12:40). “And, behold, I come quickly; and My reward is with Me, to give every man according as his work shall be. I am Alpha and Omega, the Beginning and the End, the First and the Last” (Revelation 22:12-13). He also had said, “And other sheep I have, which are not of this fold: them also I must bring, and they shall hear My voice; and there shall be one fold, and one shepherd” (John 10:16). “I have yet many things to say to you, but you cannot bear them now. However, when He, the Spirit of truth, is come, He will guide you into all truth” (John 16:12-13). “The Son of man comes” and “the coming of the Son of man” spoken by the Lord Jesus are all referring to God incarnate in the last days. Only God in the flesh can be called the Son of man. Clearly, the Lord Jesus would return in the flesh in the last days, and appear to man through His identity as Christ. What’s more, He shall speak new words and perform new work when He comes back. Almighty God’s appearance and work have fulfilled the Lord Jesus’ prophecies. On the foundation of the Lord Jesus’ work of redemption, Almighty God does His work of judgment beginning in God’s family and He expresses the entire truth that will enable man to be purified and to attain salvation. He has revealed the truths which concern God’s own management work, such as the purpose and significance of God’s three stages of work, the mystery of God’s incarnation, God’s work of judgment in the last days and mankind’s final destination; His words reveal the corrupt essence and the source of corruption of all mankind, and the corrupt dispositions even mankind themselves don’t realize they have within their hearts and minds. Man becomes convinced in heart and by word once they read these words. At the same time, the words of Almighty God show man the path to cast off Satan’s dark influences and attain salvation and be purified, and they tell man all the truths that they should practice and enter into in their belief in God, including how to become an honest person, how to love and obey God, how to fear God and shun evil, how to serve God, how to live out a normal humanity, and so on. All of these are the truths we couldn’t bear in the Age of Grace because our statue was small, as God mentioned. In the last days, Almighty God has told us all of these truths. After investigating Almighty God’s words, many people from various denominations in the world have become certain that Almighty God is the Lord Jesus returned. They then left their former churches and follow God’s new work. They rid themselves of the barrenness in their spirits, gain the work of the Holy spirit, receive the watering and supply of the living water of life. This proves that Almighty God is the incarnation of God, Christ of the last days, the returned Lord Jesus, because only Christ can give man the truth, the way and the life. All those that believe in Christ belong to Christianity. The Lord Jesus and Almighty God are the names of God’s two incarnations, They are one God, and so The Church of Almighty God naturally belongs within Christianity.

Read more on our Bible Study Topics page about Church Life, or in the recommended article below. 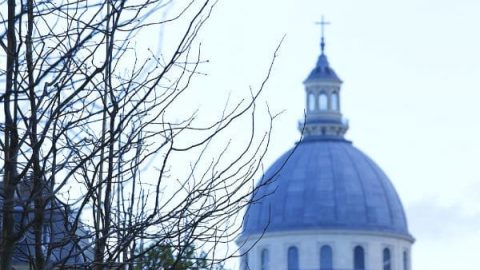 I Understood the Importance of Christians Attending Meetings After an Accident

In the past, I often actively fellowshiped about my experience and knowledge of God’s words at meetings. But my emotions often swung because of my brothers’ and sisters’ different reactions. Whenever I saw them attentively listening to my fellowshiping and frequently nodding their approval, I would feel elated, whereas when I saw they didn’t respond […]

It’s written in the Bible, “Not forsaking the assembling of ourselves together, as the manner of some is; but exhorting one another: and so much the more, as you see the day approaching” (Hebrews 10:25). Attending meetings is something we Christians have to observe. But now, some brothers and sisters can’t do it regularly because […]

If Fasting and Prayer Cannot Revive the Church, What Else Can We Do?

These years, in order to rejuvenate the church, bolster her brothers’ and sisters’ faith as well as her own, Lin Ke has fasted and prayed so many times that she has lost count. Despite all this, all along, she has been unable to feel the Lord’s presence and guidance. She did not understand why God […]

Believers Grew Cold in Faith and I Had Nothing to Preach. What Should I Do?

Brothers and sisters, Greetings! A question has been puzzling me for quite a while. I have sought the help of some pastors and elders, but even they have failed to resolve it. I am writing to share and discuss the matter with you, and hoping you can help. I am a preacher. I used to […]