You are here:Home » Bible Study Topics » I Have Found the Way to Be Free From Sin

One day, when Feng Yue was going to have a Bible study meeting with Sister Wang, Brother Li, and other primary co-workers, a silvery voice spoke from behind the door, “Dad, mum, I’m back.”

“Oh, Yingying’s back. Does your school break up during National Day?” said Sister Wang with a smile.

Yingying replied with a smile, “Yeah. Aunt Wang, Uncle Li, you both are here. You are having a meeting? I want to attend, too. ”

“OK!” gladly said Sister Wang and Brother Li, “Yingying has been influenced by her parents since childhood. Such a good child of the Lord.”

“Thanks be to the Lord! Yingying has been keen on seeing the Bible since childhood. She can remember a lot of Bible verses, and she is thoughtful. This’s all the Lord’s grace. Okay, let’s turn to our meeting. First, let’s quiet down, and offer a prayer to the Lord,” said Feng Yue. After that, Feng Yue began to pray to the Lord, “O our merciful heavenly Father, Lord Jesus! You were nailed to the cross for our sin. Your children are sinners. We truly owe You too much. Please forgive all the sins we have committed, and deliver us from all the evil and temptations….”

As soon as Feng Yue finished her prayer, Yingying, who are frank and straight, put forward an unexpected question. She said, “Mum, there is something I’m not quite clear on. Just now, while you were praying, I was thinking. In our prayers, we always confess our sins to the Lord and repent, and beg Him for forgiveness. However, we still sin every day, and moreover, we don’t act according to the Lord’s words. Could the Lord love us? Just like when I do something wrong at ordinary times, you will teach me to correct it. If I merely say without doing so, will you like me?”

Yingying’s query took Feng Yue by surprise. Feng Yue looked embarrassed. After a short silence, Sister Wang seized Yingying’s hands with a laugh, and said, “You don’t say, what Yingying said is true. This is how we are now—sinning then confessing our sins and then sinning again. When encountering adversities in our life, we don’t say anything, but in our heart we feel angry and complain. Sometimes, we cannot restrain ourselves but quarrel with others. We cannot even practice tolerance and patience. Even if we confess to the Lord after that, yet we still can’t let go of it. Much of the time, we fail to act according to the Lord’s teachings and we cannot glorify His name. When thinking of this, I feel ashamed of praying to the Lord. Well, the coming of the Lord draws near. But we even cannot keep the Lord’s teachings. If this continues, can we be taken into the kingdom of heaven by the Lord? Whenever I think of this, I feel worried.”

As soon as Sister Wang finished her words, Feng Yue responded, “Although we frequently sin and then confess, yet the Lord Jesus has redeemed us through His being nailed to the cross. The sin offering of the Lord Jesus is forever effective. As long as we confess our sins to the Lord and repent, the Lord will forgive us. The Scripture says, ‘There is therefore now no condemnation to them which are in Christ Jesus’ (Romans 8:1). Sinners as we are, the Lord sees us as sinless, and so we will enter the kingdom of heaven. Therefore, we needn’t worry about it.”

“Right! By faith in Lord Jesus Christ, we are no longer condemned. Our sins have been forgiven by the Lord. As long as we endure to the end, we shall be saved. There is no doubt that we will enter into the kingdom of heaven. So, don’t think of too much of it,” surely said Brother Li.

“Brother Li is right. I agree with his opinion,” Sister Liu responded.

With that, Yingying blinked her lustrous eyes, and ceaselessly mulled over what her mother and Uncle Li had said. She suddenly remembered something, and said, “Mum, Uncle Li, I remember God once said, ‘Be you holy; for I am holy’ (1 Peter 1:16). We still live in sins and are bound by sins. How can we be worthy of seeing the Lord? The Lord is holy. We, however, are with filthiness all over. Will the Lord bring sinners such as us into His kingdom?”

“I think Sister Wang is right. According to the Lord’s words, we can be certain that those who enter into the kingdom of heaven are those who have been set free from sin and have been cleansed. They have actual living out: doing God’s will, obeying God, and loving God. However, contrasting our living out with the Lord’s words, we still have a long way to go. We all know that those who enter the heavenly kingdom shall live together with God. Can we, full of grime, enter into the heavenly kingdom?” flatly said Yingying’s father.

Feng Yue frowned and thought over what Sister Wang and her husband had said. She thought their words indeed conformed with the Lord’s words, and she couldn’t deny them. However, she was confused: In Romans, the apostle Paul showed clearly, “Who shall lay any thing to the charge of God’s elect? It is God that justifies. Who is he that comdemns?” (Romans 8:33-34). “There is therefore now no condemnation to them which are in Christ Jesus” (Romans 8:1). Paul’s words clearly said that both sins of the past and those of the future have been forgiven by the Lord. The Lord no longer sees us as sinners. Won’t we enter the kingdom of heaven when the Lord comes back? Can Paul’s words be wrong? Thereupon, Feng Yue spoke out the confusion in her heart. Brother Li echoed back Feng Yue’s opinion.

This moment, Feng Yue wore a little embarrassed expression. With assumed tranquility she raised her head to spontaneously conceal herself. Yet she pondered in her heart: What they said is reasonable. Although Paul labored for the Lord’s work, yet his word, after all, was not the truth. In my faith, I should go by the Lord’s word as the basis. If I rely on Paul’s word to believe that my sins are forgiven because of the sin offering of the Lord Jesus, rather than focus on obeying the Lord’s teachings, then aren’t I the one that knows the true way but sins willfully when believing like this? In the Bible it clearly says, “For if we sin willfully after that we have received the knowledge of the truth, there remains no more sacrifice for sins. But a certain fearful looking for of judgment and fiery indignation, which shall devour the adversaries” (Hebrews 10:26-27). In the end, I not only won’t enter into the kingdom of heaven, but may be abandoned and eliminated by the Lord. Then shan’t I be done? … With thinking of this, she became more and more afraid. She had never had such a feeling since she began to believe in the Lord. She suddenly felt vulnerable, without knowing which way to jump.

After the meeting, Feng Yue leaned against the sofa and knitted her brows, with a disconsolate and perplexed expression. The scenes that had just taken place kept replaying in her mind….

How to Really Repent: I Have Found the Way to Stop Sinning 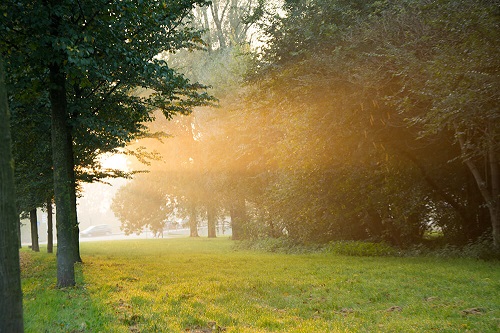 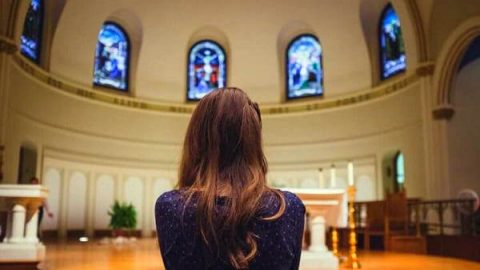 Being Saved, Can Enter the Kingdom of God?

Are You Someone Who Obtains Eternal Life?
The Lord Jesus said, “He that believes on the Son has everlasting life”, then how to believe in the Son can we obtain eternal life and enter into the kingdom of heaven?

How to Stop Sinning and Confessing: I Found the Solution
Though he believes in the Lord, he lives in a state of often sinning and confessing. Later, how does he find the way to stop sinning? Read now. 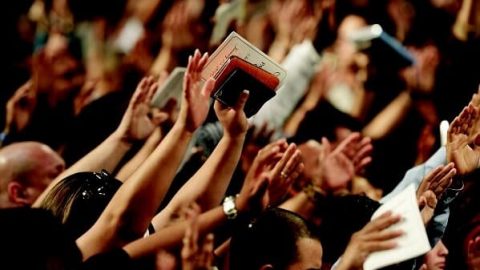 After Being Redeemed From Sin by the Lord Jesus, Can We Enter the Heavenly Kingdom?
We are redeemed from sin by the Lord and are forgiven of sins, but does it mean our sinful nature is extirpated and we can enter the heavenly kingdom? Read this article to find the answers.