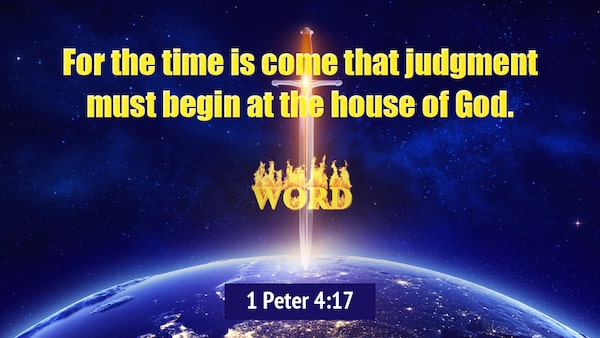 1. Prophecies About the Judgment Work of God in the Last Days

“And I will come near to you to judgment…, said Jehovah of hosts”.

Before the LORD: for he comes, for he comes to judge the earth: he shall judge the world with righteousness, and the people with his truth.

Therefore the ungodly shall not stand in the judgment, nor sinners in the congregation of the righteous.

Because he has appointed a day, in the which he will judge the world in righteousness by that man whom he has ordained…

47And if any man hear my words, and believe not, I judge him not: for I came not to judge the world, but to save the world. 48He that rejects me, and receives not my words, has one that judges him: the word that I have spoken, the same shall judge him in the last day. 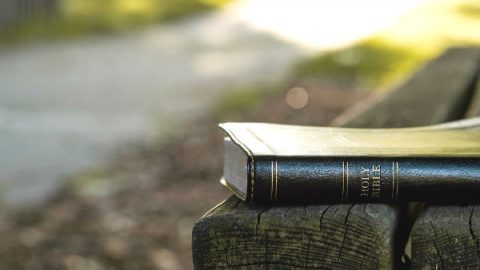 Why Does God Judge Man in the Last Day? How Will He Judge Man?

For the Father judges no man, but has committed all judgment to the Son.

And has given him authority to execute judgment also, because he is the Son of man. 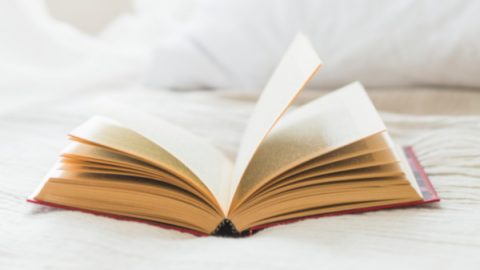 For the time is come that judgment must begin at the house of God.

11And I saw a great white throne, and him that sat on it, from whose face the earth and the heaven fled away; and there was found no place for them. 12And I saw the dead, small and great, stand before God; and the books were opened: and another book was opened, which is the book of life: and the dead were judged out of those things which were written in the books, according to their works.

Saying with a loud voice, Fear God, and give glory to him; for the hour of his judgment is come: and worship him that made heaven, and earth, and the sea, and the fountains of waters. 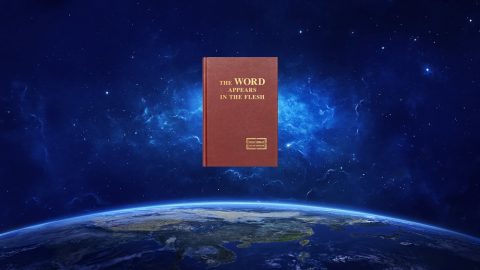 2. The Relationship Between God’s Judgment and Our Entering the Heavenly Kingdom

2And it shall come to pass in the last days, that the mountain of the LORD's house shall be established in the top of the mountains, and shall be exalted above the hills; and all nations shall flow to it. 3And many people shall go and say, Come you, and let us go up to the mountain of the LORD, to the house of the God of Jacob; and he will teach us of his ways, and we will walk in his paths: for out of Zion shall go forth the law, and the word of the LORD from Jerusalem. 4And he shall judge among the nations, and shall rebuke many people: and they shall beat their swords into plowshares, and their spears into pruning hooks: nation shall not lift up sword against nation, neither shall they learn war any more.

8And it shall come to pass, that in all the land, said the LORD, two parts therein shall be cut off and die; but the third shall be left therein. 9And I will bring the third part through the fire, and will refine them as silver is refined, and will try them as gold is tried: they shall call on my name, and I will hear them: I will say, It is my people: and they shall say, The LORD is my God.

Blessed are they that do his commandments, that they may have right to the tree of life, and may enter in through the gates into the city.

3And I heard a great voice out of heaven saying, Behold, the tabernacle of God is with men, and he will dwell with them, and they shall be his people, and God himself shall be with them, and be their God. 4And God shall wipe away all tears from their eyes; and there shall be no more death, neither sorrow, nor crying, neither shall there be any more pain: for the former things are passed away.

And the seventh angel sounded; and there were great voices in heaven, saying, The kingdoms of this world are become the kingdoms of our Lord, and of his Christ; and he shall reign for ever and ever. 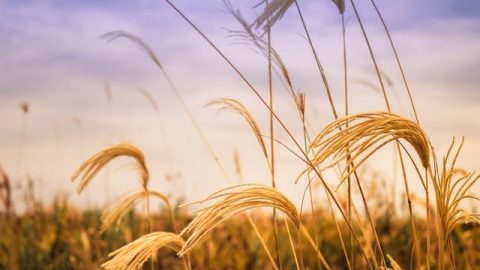 At the mention of the word “judgment,” you are likely to think of the words that Jehovah spoke to instruct the people in every region and the words that Jesus spoke to rebuke the Pharisees. For all their severity, these words were not God’s judgment of man; they were but words spoken by God within different environments, that is, in different contexts. These words are unlike the words spoken by Christ of the last days as He judges man. Christ of the last days uses a variety of truths to teach man, to expose the substance of man, and to dissect the words and deeds of man. These words comprise various truths, such as man’s duty, how man should obey God, how man should be loyal to God, how man ought to live out normal humanity, as well as the wisdom and the disposition of God, and so on. These words are all directed at the substance of man and his corrupt disposition. In particular, the words that expose how man spurns God are spoken in regard to how man is an embodiment of Satan, and an enemy force against God. In undertaking His work of judgment, God does not simply make clear the nature of man with a few words; He exposes, deals with, and prunes over the long term. All these different methods of exposure, dealing, and pruning cannot be substituted with ordinary words, but with the truth of which man is utterly bereft. Only methods such as these can be called judgment; only through judgment of this kind can man be subdued and thoroughly convinced about God, and moreover gain true knowledge of God. What the work of judgment brings about is man’s understanding of the true face of God and the truth about his own rebelliousness. The work of judgment allows man to gain much understanding of the will of God, of the purpose of God’s work, and of the mysteries that are incomprehensible to him. It also allows man to recognize and know his corrupt essence and the roots of his corruption, as well as to discover the ugliness of man. These effects are all brought about by the work of judgment, for the essence of this work is actually the work of opening up the truth, the way, and the life of God to all those who have faith in Him. This work is the work of judgment done by God.

Those who are able to stand firm during God’s work of judgment and chastisement during the last days—that is, during the final work of purification—will be the ones who will enter into the final rest alongside God; as such, all those who enter into rest will have broken free of Satan’s influence and been obtained by God after having undergone His final work of purification. These humans, who will have been finally obtained by God, will enter into the final rest. The essential purpose of God’s work of chastisement and judgment is to purify humanity and to prepare them for their ultimate rest; without such cleansing, none of humanity could be classified into different categories according to kind, or enter into rest. This work is humanity’s only path to enter into rest. Only God’s work of purification will cleanse humans of their unrighteousness, and only His work of chastisement and judgment will bring to light those disobedient elements of humanity, thereby separating those who can be saved from those who cannot, and those who will remain from those who will not. When this work ends, those people who are allowed to remain will all be cleansed and enter a higher state of humanity in which they will enjoy a more wonderful second human life upon the earth; in other words, they will commence their human day of rest, and coexist with God. After those who are not allowed to remain have been chastised and judged, their true colors will be entirely exposed, after which they will all be destroyed and, like Satan, will no longer be permitted to survive upon the earth. The humanity of the future will no longer include any of this type of people; such people are not fit to enter the land of the ultimate rest, nor are they fit to join in the day of rest that God and humanity will share, for they are the targets of punishment and are wicked, unrighteous people. They were redeemed once, and they have also been judged and chastised; they also once rendered service to God. However, when the final day comes, they will still be eliminated and destroyed due to their wickedness and as a result of their disobedience and inability to be redeemed; they will never again come into being in the world of the future, and will no longer live among the human race of the future. … The entire purpose behind God’s ultimate work of punishing evil and rewarding good is to thoroughly purify all humans so that He may bring a purely holy humanity into eternal rest. This stage of His work is the most crucial; it is the final stage of the whole of His work of management. If God did not destroy the wicked, but instead allowed them to remain, then every human would still be unable to enter into rest, and God would not be able to bring all of humanity into a better realm. Such work would not be complete. When His work is finished, the whole of humanity will be entirely holy; only in this way will God be able to live in rest peacefully.

Excerpted from “God and Man Will Enter Into Rest Together”

Bible Verses About Kingdom of Heaven

14 Bible Verses About Rapture: How to Be Raptured Before the Disaster and Feast With the Lord

8 Bible Verses About Temptation to Help You Fight Off Temptations

How exactly does God perform His judgment work to save and cleanse mankind in the last days?

Do you know how God performs His work of judgment in the last days? Why is it said that God’s last judgment is purification and salvation of mankind?

How Will God Judge Us on Judgement Day?

In the last days, how will God judge us on judgement day? We thought God would judge man in heaven in the last days. But through discussing in a Bible study meeting, we had a new discovery.

8 Bible Verses About Temptation to Help You Fight Off Temptations

Temptations are various tests from Satan, which always make us weak and negative, and stray from God. Below are some Bible verses about temptation to help us overcome Satan’s temptations. You are welcome to read them.

This article reveals the mystery of the final judgment—the judgment of the great white throne, as prophesied in the Book of Revelation 20:11-15. Read now.