At daybreak, Hui’en got up. As usual, she prayed to the Lord and then began to read her Bible. She turned to Luke 19:1-10, “And Jesus entered and passed through Jericho. And, behold, there was a man named Zacchaeus, which was the chief among the publicans, and he was rich. And he sought to see Jesus who he was; and could not for the press, because he was little of stature. And he ran before, and climbed up into a sycomore tree to see him: for he was to pass that way. And when Jesus came to the place, he looked up, and saw him, and said to him, Zacchaeus, make haste, and come down; for to day I must abide at your house. And he made haste, and came down, and received him joyfully. And when they saw it, they all murmured, saying, That he was gone to be guest with a man that is a sinner. And Zacchaeus stood, and said to the Lord: Behold, Lord, the half of my goods I give to the poor; and if I have taken any thing from any man by false accusation, I restore him fourfold. And Jesus said to him, This day is salvation come to this house, as much as he also is a son of Abraham. For the Son of man is come to seek and to save that which was lost.”

After reading these verses, Hui’en pondered them carefully. Thanks to God’s enlightenment, she saw many strengths of Zacchaeus. When the Lord Jesus was incarnated to do His work, He preached the gospel of the heavenly kingdom everywhere, healed the sick, cast out demons, and performed many miracles, causing a sensation throughout the entire Jewish state. Those who loved the truth, thirsted and hungered for righteousness all followed the Lord, such as Peter, John, Jacob and so on. Seeing that, the Jewish chief priests, scribes, and Pharisees were afraid that if all of the ordinary folk followed the Lord, then no one would follow them. In order to protect their own status and livelihoods, they slandered and condemned the Lord Jesus, saying that He relied on the chief of the devils Beelzebub to cast out demons. This caused many people to be deceived by their rumor and be inhibited by their status and power, with the result that they didn’t dare to follow the Lord Jesus. However, Zacchaeus, though he was the chief among the publicans of the city of Jericho and at that time was reckoned to be a government official, he didn’t advocate status and power, nor was he deceived or influenced by their rumor. When he heard the Lord Jesus’ name and deeds, he let go of his official position and status and only wanted to know the Lord Jesus. So, when the Lord Jesus entered Jericho, he was eager to see Him. But he couldn’t because there were many people and he was short. Then, regardless of others’ laughing at and gossiping about him, he climbed up into a sycomore tree to see the Lord. After seeing him, the Lord Jesus said to him, “Zacchaeus, make haste, and come down; for to day I must abide at your house.” Therefore, Zacchaeus received the Lord Jesus joyfully.

Everyone disdained Zacchaeus because he was a corrupt publican. However, the Lord didn’t discard him because of his sins. Due to the Lord’s love and compassion, he was deeply moved, and thus he repented to the Lord at that time, saying that he would give the half of his property to the poor, and that if he had taken anything from any man by false accusation, he would restore him fourfold. Seeing his such true repentance, the Lord Jesus pardoned him of his sins without considering how he had been a corrupt official. At that moment, Hui’en thought of the Lord’s words in the Bible, “Blessed are the poor in spirit: for theirs is the kingdom of heaven” (Matthew 5:3). “Blessed are they which do hunger and thirst after righteousness: for they shall be filled” (Matthew 5:6). Pondering these words, Hui’en understood: Zacchaeus wasn’t influenced by the external environment, and wasn’t inhibited by the people, events or things around him; instead, he let go of his own face and status and hungered for and sought the Lord. Also, he sincerely confessed his sins and repented. Therefore, he gained the Lord’s salvation.

Zacchaeus’ story enlightened Hui’en. She thought: “If people testify that the Lord has returned, can I not be influenced by the external environment or people, events, or things in any way but stand my ground like Zacchaeus, and actively seek out and investigate the Lord’s appearance and work? Now, it is already the last days, and the Bible’s prophecies regarding the return of the Lord have basically been fulfilled already. The Bible prophesies, ‘I have yet many things to say to you, but you cannot bear them now. However, when he, the Spirit of truth, is come, he will guide you into all truth: for he shall not speak of himself; but whatever he shall hear, that shall he speak: and he will show you things to come’ (John 16:12-13). ‘My sheep hear my voice, and I know them, and they follow me’ (John 10:27). ‘Behold, I stand at the door, and knock: if any man hear my voice, and open the door, I will come in to him, and will sup with him, and he with me’ (Revelation 3:20). These prophecies show that when God appears and performs His work in the last days, He will utter more words, through which He will reveal all mysteries not understood by man. And only the wise virgins can hear the voice of God. So if there is someone testifying to me that the Lord has returned, I should learn from Zacchaeus, have a heart of seeking and investigating, and pay attention to hearing God’s voice in His utterance so that I can welcome the Lord’s return soon.”

Thinking of all this, Hui’en was glad that she had gained new enlightenment and light during her spiritual devotion. Then, she offered her thanks to the Lord, “May all the glory be to the holy name of my Lord Jesus! Amen!”

If this article is helpful to you, you may also be interested in reading more on our Bible Study page about Bible Devotions, or in the selected articles below:

Wise Virgins Can Recognize the Voice of God

Why Was the Samaritan Woman Able to Recognize Jesus as the Messiah? 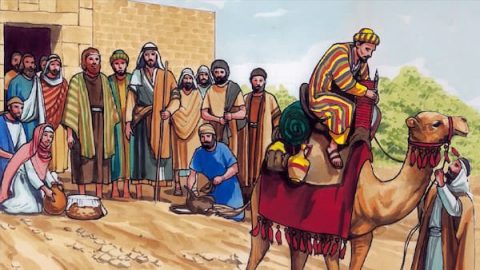 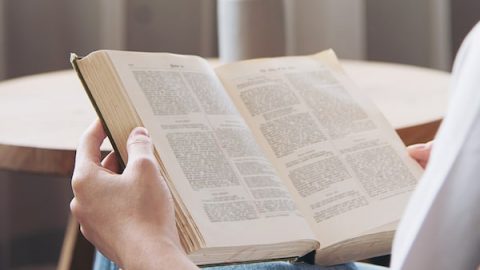 What’s the Meaning of the Verses Revelation 22:18–19 About Not Adding Things? 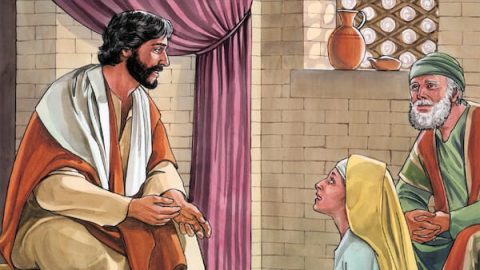