Jesus said to her, I am the resurrection, and the life: he that believes in me, though he were dead, yet shall he live: And whoever lives and believes in me shall never die. Believe you this?

The resurrection of the dead is a miracle performed by the Lord Jesus when He was working. At that time, Lazarus had been dead for 4 days, but Jesus resurrected him with just a word. The words in this verse were what Jesus said to Martha, the sister of Lazarus.

“I am the resurrection, and the life.” Our lives come from God. The Lord Jesus’ resurrection of Lazarus allows us to see the fulfillment of these words. God speaks, and it will be accomplished; He commands, and it will stand fast. God’s word carries authority and power, and nothing is impossible for Him.

• As for this question, I read an article on the Internet, and it says clearly about that. I’d like to share it with you: The Mystery of Resurrection of the Dead 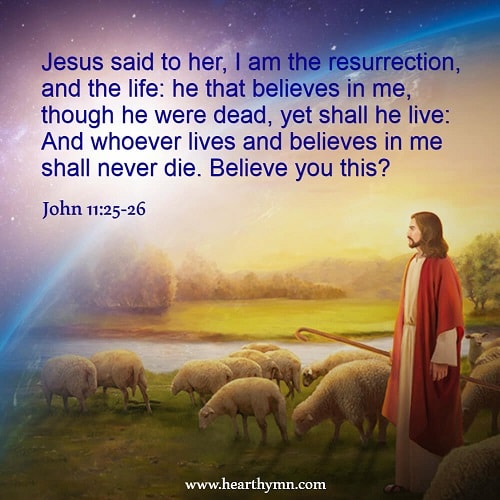 Let Your Yes Be Yes - A Commentary on Matthew 5:37

Read our Bible verse of the day. From John 3:3, you will know why the Lord Jesus said only if we are born again can we see God’s kingdom and what rebirth means.