Who Are the Poor in Spirit? Get the Answer From the Bible 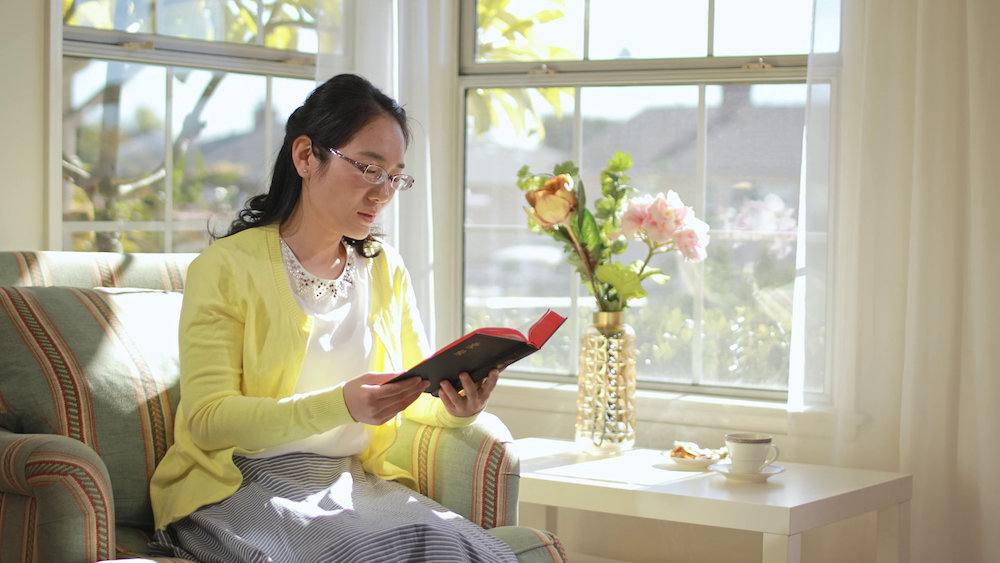 When we had a meeting, I discussed about this question with my brothers and sisters.

Sister Yang said, “In my opinion, the poor in spirit the Lord Jesus said refer to those who have a wildly arrogant disposition but do not hold on to their own notions and imaginations and can seek the truth, pay attention to hearing God’s voice, and accept and obey God’s work. As it is recorded in the Bible, ‘Philip finds Nathanael, and said to him, We have found him, of whom Moses in the law, and the prophets, did write, Jesus of Nazareth, the son of Joseph. And Nathanael said to him, Can there any good thing come out of Nazareth? Philip said to him, Come and see. Jesus saw Nathanael coming to him, and said of him, Behold an Israelite indeed, in whom is no guile! Nathanael said to him, From where know you me? Jesus answered and said to him, Before that Philip called you, when you were under the fig tree, I saw you. Nathanael answered and said to him, Rabbi, you are the Son of God; you are the King of Israel’ (John 1:45-49).

From these verses, we see that Nathanael was a humble person. When he heard that the Lord Jesus was the Messiah, the coming One, and saw that the Lord Jesus spoke with authority and power and examined the depths of people’s hearts, being different from ordinary people, he ignored the humble background of the Lord Jesus, and could put down his own notions and imaginations and humbly seek His work. Finally, he welcomed the coming of the Messiah and attained the Lord’s salvation.”

Brother Zhan continued, “At Sister Yang’s words, I also think of a story recorded in the Bible that an Ethiopian eunuch who was of power accepted the gospel of the Lord Jesus. The scriptures say, ‘And the eunuch answered Philip, and said, I pray you, of whom speaks the prophet this? of himself, or of some other man? Then Philip opened his mouth, and began at the same scripture, and preached to him Jesus. And as they went on their way, they came to a certain water: and the eunuch said, See, here is water; what does hinder me to be baptized? And Philip said, If you believe with all your heart, you may. And he answered and said, I believe that Jesus Christ is the Son of God’ (Acts 8:34-37). The Ethiopian eunuch was a person who sought with a humble heart. Although he was of power and status, he was not at all influenced by them but humbly sought the truth. After he heard the acts of Jesus that Philip preached to him, he happily accepted Jesus as his Savior.”

Hearing their words, I felt good and said, “After your fellowships, I know that the humble do not stick to their own opinions. They can seek what is from God, put down their notions while realizing that they are wrong, and accept and obey God’s work. Take Nathanael for example: He had conceptions about the Lord Jesus at the beginning, thinking, ‘Can there any good thing come out of Nazareth?’ But after he heard the Lord Jesus’ word, he changed his views and opinions, and then followed the Lord Jesus.”

Sister Yang continued, “Yeah. Those arrogant and proud people hold to their own will and never change their viewpoints, so they are not the poor in spirit. I think of the earliest Pharisees. They said that they longed for the coming of the Messiah, but when the Messiah arrived, they thought according to their notions and imaginations that Jesus was not Christ because His name was not Messiah; they thought that Christ should be born in a rich and noble family but not in a manger; they defined God’s work based on the literal meaning of the Bible, limited God’s work within the Bible, and didn’t admit that the Lord Jesus was God’s appearance when they saw that His work was beyond the Bible; they even judged that the Lord Jesus was an ordinary person, saying, ‘Is not this the carpenter’s son? is not his mother called Mary? and his brothers, James, and Joses, and Simon, and Judas? And his sisters, are they not all with us? From where then has this man all these things?’ (Matthew 13:55-56). Although they heard that the Lord Jesus spoke with authority and power, and saw that He performed many miracles, they still held fast to their own conceptions, didn’t seek the truth humbly, and even condemned and blasphemed the Lord Jesus. Finally, due to their nature of disliking and hating the truth, they colluded with the Roman government to nail the merciful Lord Jesus to death on the cross, committing a monstrous sin, and thus received God’s punishment. From them, we see that it is so dangerous not to humbly seek God’s appearance and work but to frantically resist and condemn God.”

Brother Fang said, “Oh! Your words give us a warning. Now, we are in the late period of the last days. It is also the crucial moment of the Lord Jesus’ return. We should be the poor in spirit. Only thus can we welcome the Lord’s second coming. I remember that the Lord Jesus said, ‘I have yet many things to say to you, but you cannot bear them now. However, when he, the Spirit of truth, is come, he will guide you into all truth: for he shall not speak of himself; but whatever he shall hear, that shall he speak: and he will show you things to come’ (John 16:12-13). And it is prophesied in Revelation, ‘Behold, I stand at the door, and knock: if any man hear my voice, and open the door, I will come in to him, and will sup with him, and he with me’ (Revelation 3:20). ‘He that has an ear, let him hear what the Spirit says to the churches’ (Revelation 2:7). From these verses, we see that the Lord will speak to us when He returns in the last days. So, when we hear God’s word, we should seek and pay attention to hearing God’s voice. If we don’t have the heart of seeking humbly, we will also probably walk the wrong path of the Pharisees and ruin our chance of welcoming God’s appearance. Oh! I think of a passage of word I saw on a gospel website before. I feel it beneficial to me. So, let me read it to you.”

Then he took out his notebook and read, “The appearance of God cannot be reconciled with man’s notions, still less can God appear at the behest of man. God makes His own choices and His own plans when He does His work; moreover, He has His own objectives and His own methods. Whatever work He does, He has no need to discuss it with man or seek his advice, much less to notify each and every person of His work. This is the disposition of God, which should, moreover, be recognized by everyone. If you desire to witness the appearance of God, to follow God’s footsteps, then you must first walk away from your own notions. You must not demand that God do this or that, much less should you place Him within your own confines and limit Him to your own notions. Instead, you should ask how you are to seek God’s footprints, how you are to accept God’s appearance, and how you are to submit to the new work of God: This is what man should do. Since man is not the truth, and is not possessed of the truth, he should seek, accept, and obey” (“The Appearance of God Has Brought a New Age”).

After reading this passage of word, he continued to say, “From these words, we know that God has His own plans and steps when He does His work and He does not do His work according to our conceptions. So, we should put down our notions and imaginations, have the heart of thirsting for the truth, seek the truth humbly, and pay attention to hearing God’s voice. Only such people are the clever.”

Sister Yang said, “Right. The bitter lesson of the Pharisees is our warning. Just as Jehovah God said, ‘For my thoughts are not your thoughts, neither are your ways my ways. For as the heavens are higher than the earth, so are my ways higher than your ways, and my thoughts than your thoughts’ (Isaiah 55:8-9). From this, we know that our thoughts can never compare with God’s thoughts and all what we think with our mind is not the truth and not after God’s will, so we cannot treat the matter of the Lord’s second coming according to our notions and imaginations. If someone makes a cry, ‘The Lord has returned,’ we should pay attention to seeking. Or else, we will miss the chance of welcoming the Lord and it will be too late to regret.”

I agreed and said, “Right! I’m willing to seek humbly and pay attention to hearing God’s voice to welcome the Lord’s appearance.”

Maybe you also like to read: Five Key Elements of Being the Poor in Spirit

How to Treat Pastors and Elders to Be Praised by God? Here Are 3 Principles

Gospel Movie "Blessed Are the Poor in Spirit" | The Lord Is Knocking: Have You Welcomed Him?

Cho Yeonghan is a pastor of a church in South Korea. He served the Lord enthusiastically for decades and earned the deep respect of his fellow believe…

Many people know that the parable of the lost sheep shows God’s love and salvation for mankind, but few know that this parable contains God’s profound love and wisdom of His work.

Three Key Elements of Being the Poor in Spirit

Only those who are humble can receive God’s salvation. As Christians, we all want to be humble. Then how can we achieve this?

Learn ways to strengthen your faith from Job, and you will have faith like Job in the midst of trials without complaining against God.